Many of you are familiar with our “group” some of you are not… well “we” (only Ochs and I, and one song with Chad right now) have been doing goofy songs, and soon we’ll be selling our first cd. Our group, is as the subject says the “Nine Inch Nose Hairs” We’ve also got a couple sub groups. Anyway to listen to us follow the links.

And Our other “groups”

Theres been a small misunderstanding on the quote page, despite what Amanda said, I AM a guy. And I am not gay…

Hey! How is everyone! I would just like to say Hi! Hi! And I am taking over… no Im really not… =) But I do want to do something fun zany and stupid. Any suggestions? I need a picture of Oliver in a bikini… this is getting annoying… I could always take mine off… but I’ll wait, anyway, hi!!!!!!!!

I’m too lazy to add another section to the pics section, so I’ll just dump this picture on the frontpage for now. Have fun: 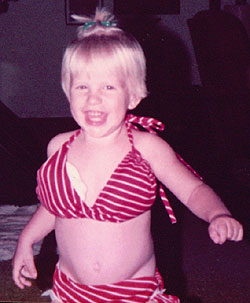 Well, I went ahead and opened up the StUfF directory so you guys can see all the files in there… I mainly did this because I get too lazy to update the StUfF page. So now, whatever I dump in there, you guys can see. Although if you go to the “StUfF” link on the sidebar, you’ll go to the page. I may throw in some surprises every once in a while… you never know. =)

For those of you who don’t have AIM or don’t IM me much and stuff… here’s my new AIM icon in all its glory. =)

I’m thinking about just opening up the “stuff” directory so you guys can just look at the list of stuff in there… what do you guys think?

I mean Journal, sorry. What’s up? I’m at work right now and I’m bored. I’m going to write you a story, k? Ok. Here goes. Once, there was this rabbit and it hopped all around and around, until one day it could hop no more. What happened? I don’t have the slightest idea. Then a worm came and poked the rabbit’s foot. The worm hopped away. Then a bear came and ate the rabbit, but the rabbit wasn’t digested, it just teleported out of the bear’s stomach. The bear got really confused as to why he was hungry again so fast so he bit his hand, but he didn’t eat it because that would be bad. Then one day, the sun rose and the moon set. ThEnd.

Well, found some more satirical (am I spelling that right?) news at SatireWire. Here’s a funny little nerd “news-brief”:

Cupertino, Cal. (SatireWire.com) - Symantec issued an apology to Microsoft yesterday after the security software maker’s AntiVirus Research Center issued an alert for a “widespread and lethal virus known to cause system crashes and data loss” that turned out to be the Windows 2000 operating system. Symantec CEO John Thompson called it a “regrettable but understandable” mistake.

Hehe… and since I have a couple of blondes visiting this site… no, this news is not real. It is fake. =) Check out SatireWire for more news, most of it is for the ‘tech-people’… for other kinds of satirical news, go to BBSpot.