Anyone have any experience with any wifi webcams? Thinking of setting one up in my game room. Or maybe I’ll get a regular webcam, but then I’d have to leave my (probably) Mac Mini on the whole time just for it so that seems like overkill.

We went to the new BV office to preview it on Monday. It seems quite a bit larger! I forgot to bring my camera though and the ones I took on my iPhone are at such a disappointing resolution, I don’t even want to bother with them.

I mentioned this earlier, but I went to the monster shoot at Carolee and Christopher’s. Then, I went to Home Depot and got a ceiling fan for my living room that Mark and Andrew helped install, which turned out to be quite an effort since we had to rewrite some switches. Later, we played a bit of Serious Sam: The Second Encounter. That game is so crazy, but oh so awesome.

We had a discussion about comics and super-hero movies. I haven’t been into the comic world much, but apparently both Marvel and DC have severely messed up universes now. DC just loves their ridiculous “multiverses” where they have huge story-arcs that aren’t entertaining at all due to confusing “timelines” just to explain away inconsistencies. I stopped reading when they had their stupid “Infinite Crisis” and came out with characters such as Superboy-Prime. Whose bright idea was it to dilute the Superman character by creating a whole ton of other versions of him and make some of them bad? Superboy-Prime just sounds really lame, too. How in the world is a kid or comic new-comer supposed to get into these plots when you have to have a huge diagram just to know what’s going on?

Marvel, apparently, decided to throw away a bunch of plot as well by just saying “oh, these super heroes? they were actually aliens for the past few years.” Sigh. Oh yeah, and reviving “dead” characters isn’t uncommon in comics, but the recent Captain America one is just ridiculous. That bullet that apparently killed him? Oh yeah, no nevermind, that was actually a special bullet that transported him to another time and place. Oh really, Marvel? That makes a lot of sense. That’s what I see here… yeah, it’s Captain America being transported to another place and time.

Let me treat you to this beauty of story-writing (from Wikipedia):

“Darkseid’s essence attempts to claim the Miracle Machine in a last ditch effort to defeat Superman. However, Superman sang a note at a frequency that countered Darkseid’s own vibrational frequency, shattering his essence.”

Yay! That’s just what everyone wanted Superman to have. Super-song. Here’s another character that had this power (well, kinda):

Sigh. Someone get these comic writers out of their bubble. They need some fresh air to get back to good story-telling rather than coming up with convoluted garbage.

On a WoW-related note, I logged in to finally do my Paladin quest to get Redemption. I checked my /played time and it’s at about 14 hours. Not bad for almost level 44. =)

I woke up super early (7AM, gasp!) to go to Carolee and Christopher’s place to participate in a monster shoot. I took some video with my 5D MII, which I hope will be useful (still getting used to video on it), but I also took a few still shots beforehand: 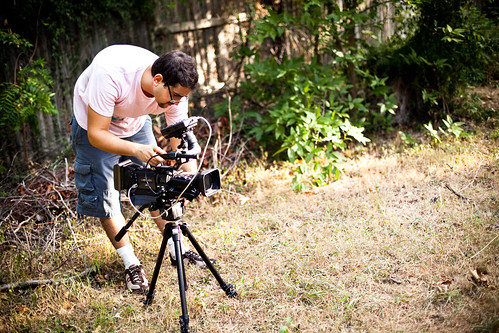 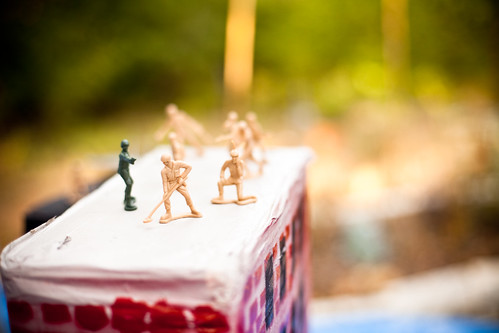 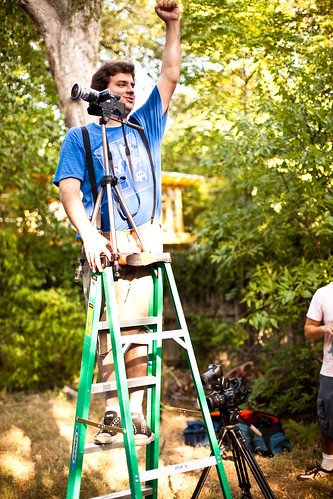 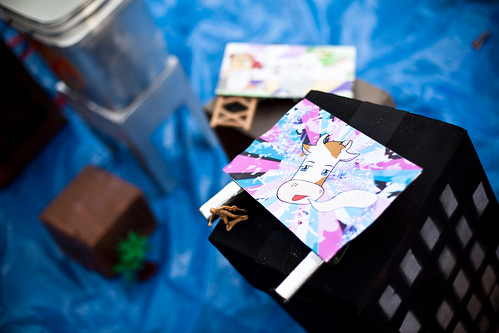 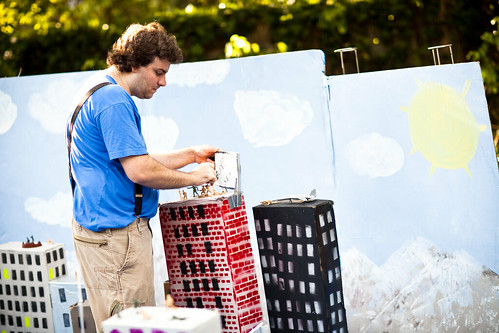 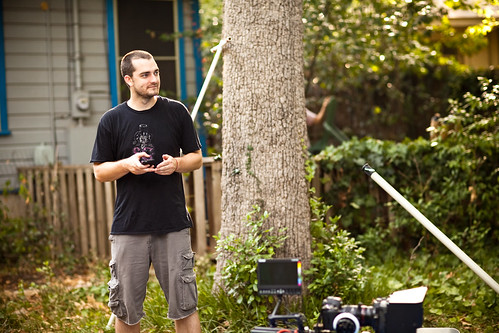 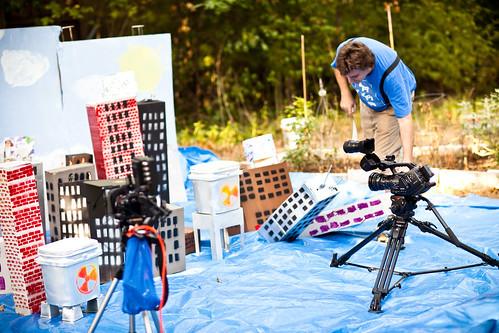 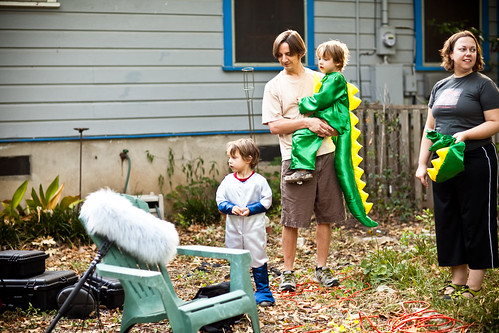 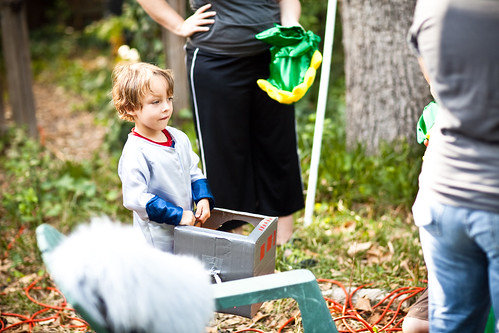 I made a new Paladin in WoW to level with Brook’s hunter. I did the refer a friend thing so we got 3x the experience when leveling together. I created it on Monday and tonight I’m level 43 with not much effort at all (well, help from the friends). It’s pretty sweet how fast that went. Oh yeah, and his name is Hunkuspocus!

This weekend I went to Houston with coworkers and company. I carpooled there with Ryan, Tiff, and two of Tiff’s friends. Overall, it was a nice weekend adventure, which I would have probably enjoyed more if i had played any Final Fantasy games. Luckily, there was not a lot of terrible cosplay to make me want to run away, so we were good there. A few shots from the event…

Ryan doing a little dance at the gas station: 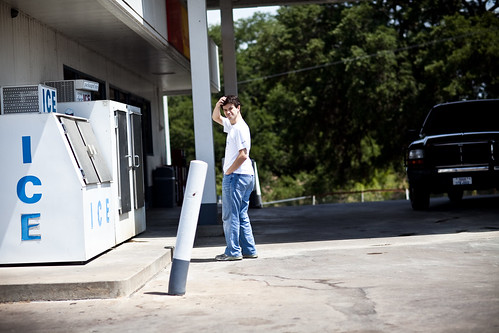 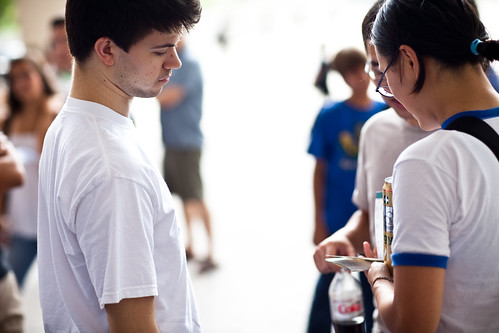 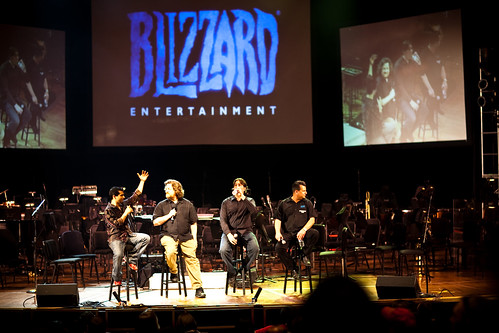 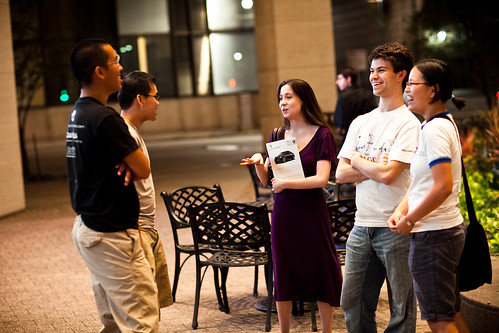 On the way back, Ryan took the Heather-prescribed route and made a wrong turn somewhere so we winded up at a place called Gay Hill that had a creepy one-lane underpass. We thought we were going to get attacked by trolls, among other… creatures.

On Sunday, I finally watched the first Bring It On which was playing on TV (I have seen the other three). I also just found out on the Bring It On Wikipedia entry that there’s going to be a fifth one!

Man, do you guys remember when fruit roll-ups used to have strawberry seeds in them? Those were the days. 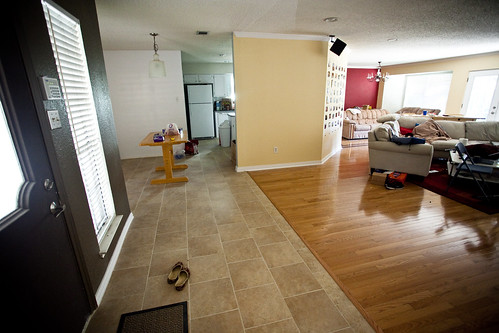 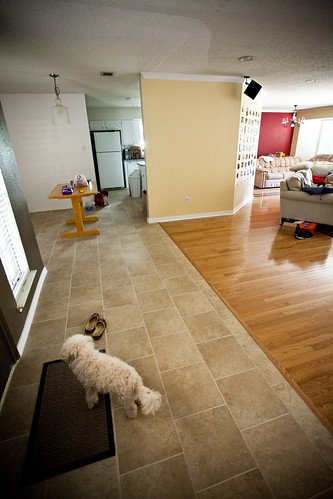 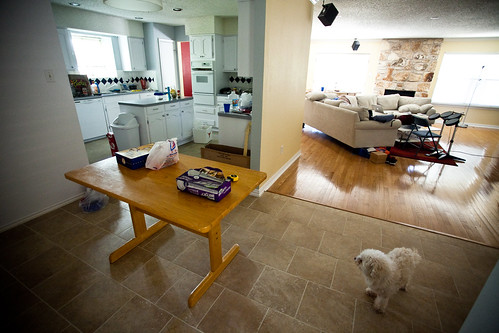 Now I’m watching Glee on Hulu, because my little sister sent me this:

I will occasionally Google myself to see how much Google juice I’ve got. Particularly since moving domain names from OliverWEB.com to Owiber.com, I’ve been curious how that impacts my rank. Looking at my analytics data, it seems like a frequent path from Google to my site is querying for “bazaarvoice oliver wong“ which isn’t too surprising to me. An even better search to find e-Oliver is for “owiber.”

However, I saw that a few of the top results were to pages I didn’t particularly own or care about, so I decided to make an About Oliver Wong page with an SEO friendly URL and all that jazz. I don’t mean to seem self-indulgent, but I figured I should probably have such a page to compete with the other pages out there on the internet “about me.” It was fun just brain dumping a bunch about myself. =p

Weekend’s about over with now, which included:


I will now sheepishly declare that I have some Taylor Swift stuck in my head after hearing her at least a few times over the weekend due to reasons I could not control… :-) So now I feel like an adolescent girl trying to rid my crush on the team’s football star. :-(

My house work is almost done. Mostly all that remains is adding the trim between the tile and wood and just general cleaning. It’s looking pretty nice. =) I was worried about what tile/grout to get but I think it worked out well… it’s very hard to look at one piece of tile and than extrapolate it across a large portion of your house. Here are some shots, starting with the bathroom door I got added to the master room. 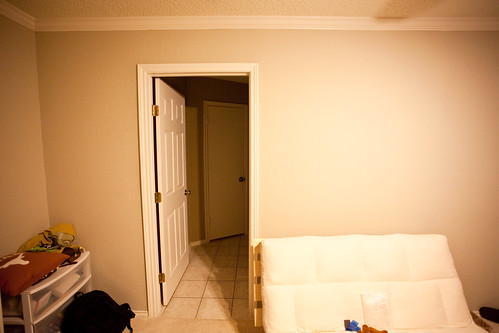 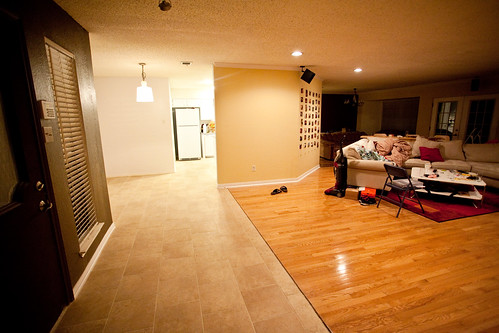 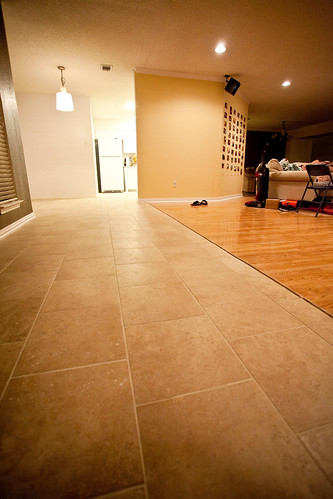 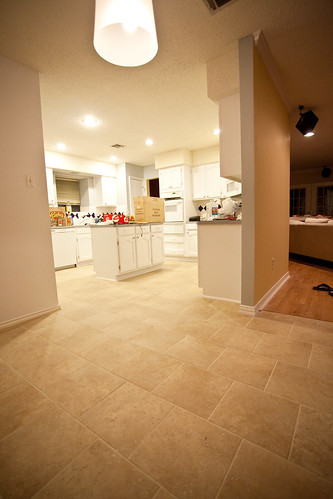 Now I’m debating a bit about what to do with the former “breakfast nook” area. I’m thinking about turning it into a clean “table games” area and going with a predominantly white+wood look with clean white lighting. We’ll see…

Contractors put down most of the tile today, then I went to help Chancy move into their new house for a while. Tomorrow, it’s the Bazaarvoice Technical Services Diablo II LAN party at my place! Woo! 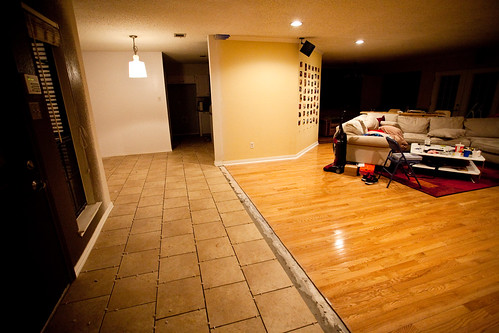 They also did a pretty good job installing a door for my master bathroom, but I was too lazy to take a pic of that. Maybe tomorrow after everything’s done. Have a good weekend!