Here are some pics!

“HDR” Bazaarvoice team in front of our new building signage:

And here’re some pics of my room… but Sam ruined one of them. 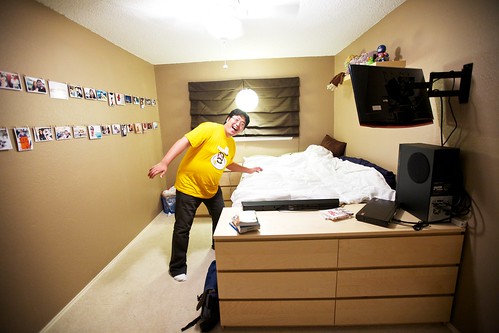 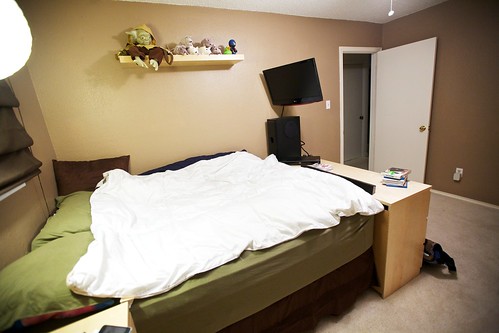 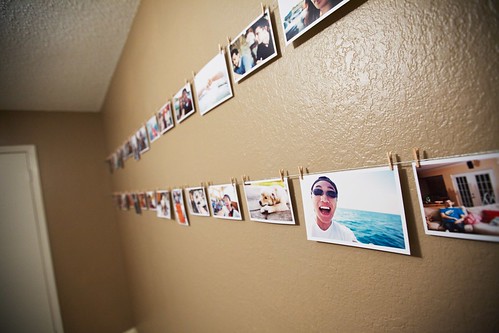 Today, I played ultimate which was awesome, but my toes hurt and it was hot. It was still awesome though. My face was really red for a while afterwards… I should probably put sunscreen on it next time. After that, we watched the USA/Ghana game and grilled steak (I should say Mark grilled the steak and we ate it). Then, there was a lot of UT2004’ing (I took a nap during a few rounds of that though).

Now, I’m just chilling to some Jars of Clay. Oh, I also did more work on Samitic.us, including an under-construction Sam Ni soundboard (“Samboard”) (warning: profanity).

This weekend, I went up to Dallas to visit my sister, celebrate father’s day/my dad’s birthday, and to watch Wicked. Wicked was pretty entertaining. I had previously read the story on wikipedia, but I don’t think that ruined it for me. =p

I recently got the remaining batch of photos for my room which I would consider pretty much done at this point. I’ve finally finished replacing all of my pre-house furniture (aka old/cheap college stuff) with new stuff so it actually looks decent now. I’ll come back and post pics!

I’ve also developed a cough that is no fun at night. =( I think it’s allergy related, but for now, cough drops are sufficing…

I reserved an iPhone 4 at The Domain, but the line apparently has been 3+ hours for the entire day, so I think I’m going to hold off on getting one until it becomes more reasonably obtainable. Plus, I hear if you hold it wrong it drops your calls. =p

Okay, rapid fire on the weekend:


I have also discovered why Home Depot is in the top five US retailers… man, I’ve been there so much in the past few days as I’ve been working on my room (almost done… pics later this week)!

I’ve been working on a Flickr to Facebook photo importer for a little bit and I’ve got something pretty functional now. If you’re my Facebook friend, you can give it a run through here. It’s not done, but it should work, I think… still a lot of cleanup to do and perhaps some better error handling, but we’ll see. =)

In a few hours the 2010 IPSC (Internet Problem Solving Contest) starts. We originally thought it was at noon, but after realizing we didn’t take into account time zones, we found out it starts at 5AM. I’m about to get a little bit of sleep because the thing lasts for five hours and I hope to make it through it…

The last time Andrew, Mark, and I competed was in 2006 and we did rather poorly. We’re all a bit rustier now, I think, so we don’t expect to do any better, but it was a lot of fun last time, so we’re going to give it another go. =)

I started my weekend early by taking Friday off and going to Six Flags over Texas with some peeps. That was about what I would expect from a day at the amusement park (generally amusing, but tiring and it leaves you feeling gross).

Saturday, I went to Oriana’s graduation: 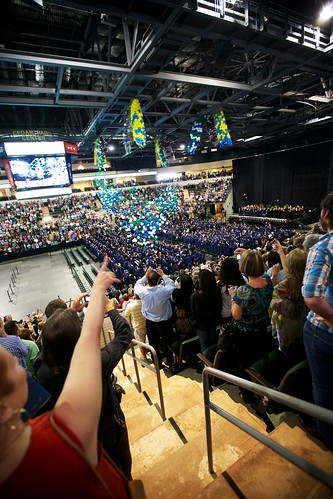 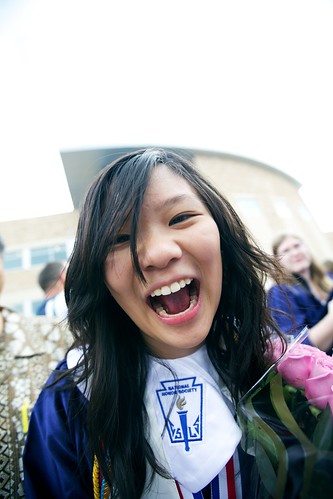 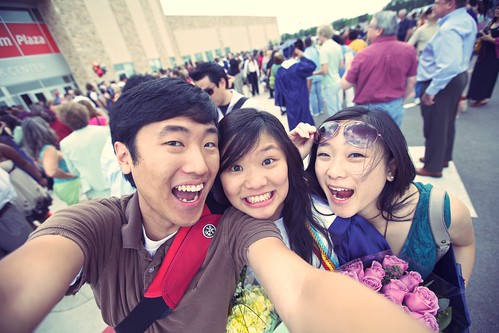 Before dinner, I picked up Melissa and we made our way to Hot Topic as I prep for my next self portrait. I don’t have anything to show for it yet, but I considered the trip successful. =)

Dinner was at Perla’s: 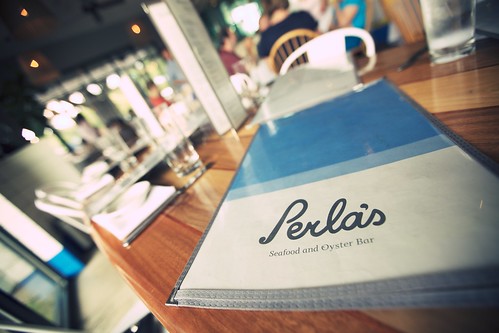 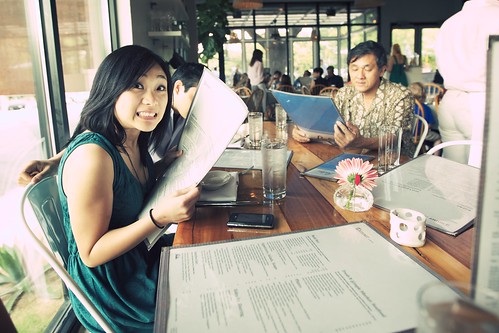 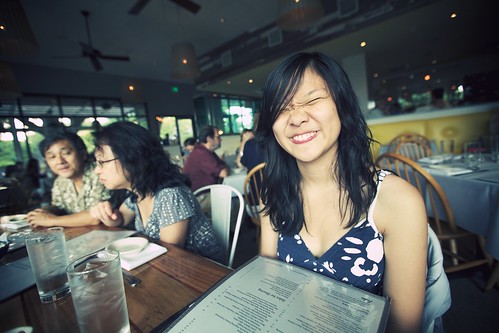 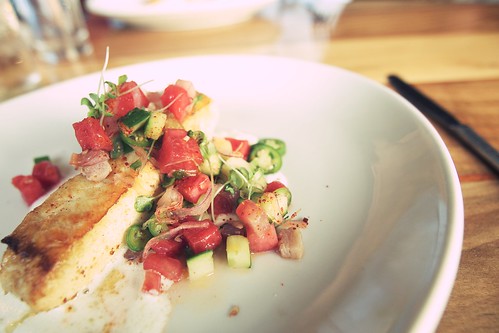 …after that, we scrolled South Congress a bit and there was cupcake eating: 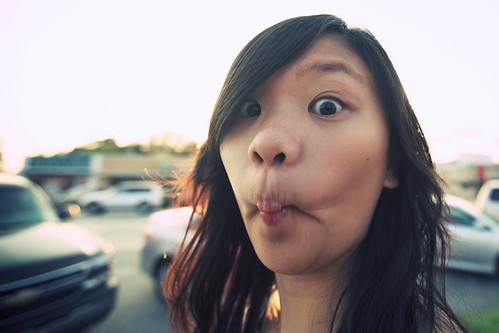 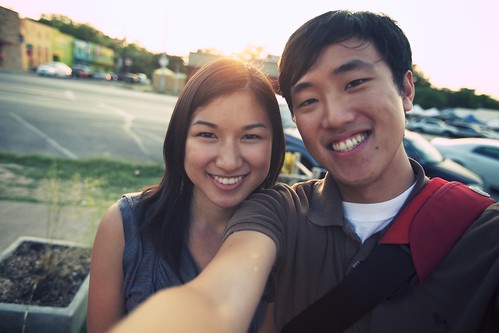 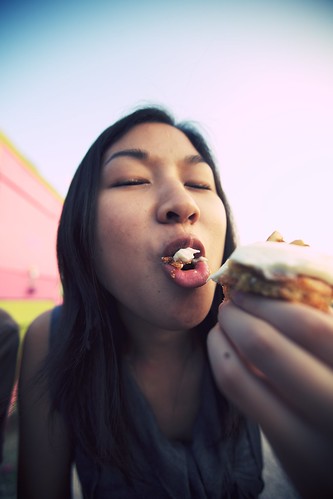 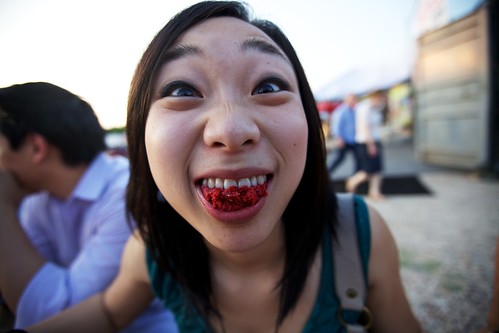 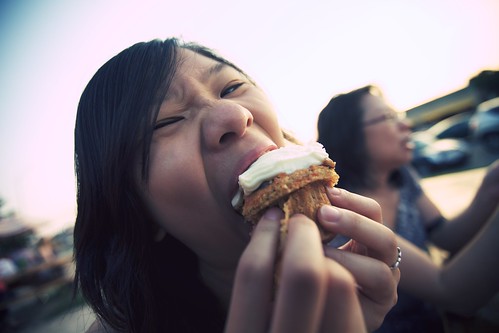 Melissa made this face impersonating me… it’s awesome: 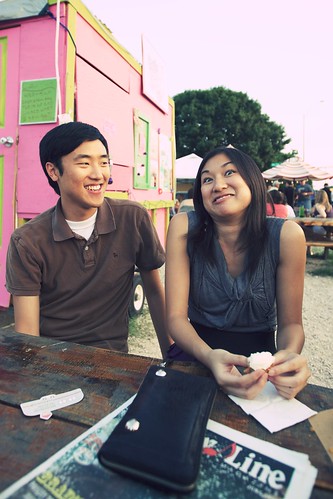 Sunday wasn’t too eventful… I attended Oriana’s senior banquet for a bit then headed to Central Market to prepare for our Memorial Day feast, which I decided was a good opportunity to take another stab at a suckling pig.

Monday was pig day. We named this one Piglet. =) IMO, I think it turned out better than the last time (or maybe I just had better cuts). There’s still a good deal left over, so if anyone wants some… 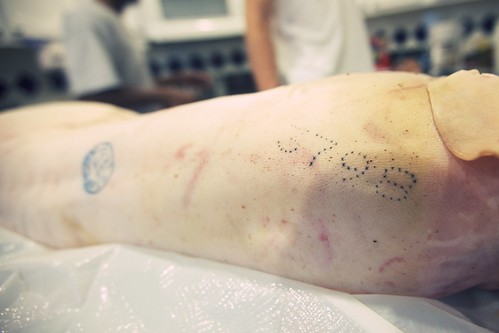 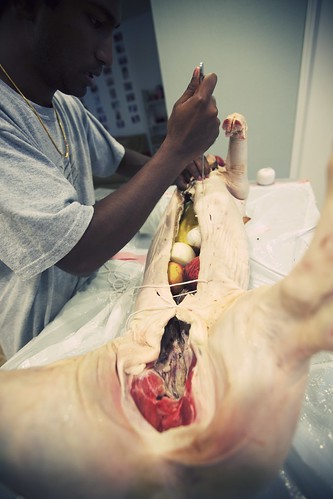 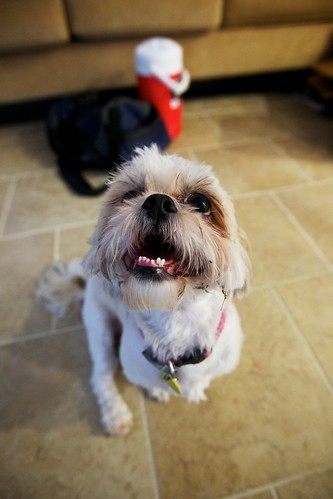 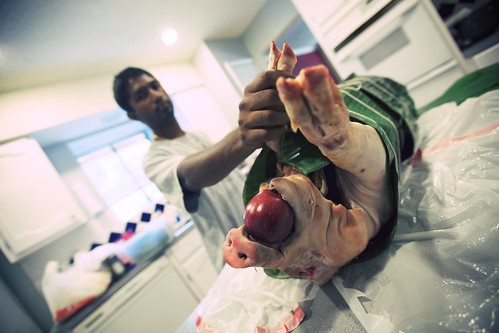 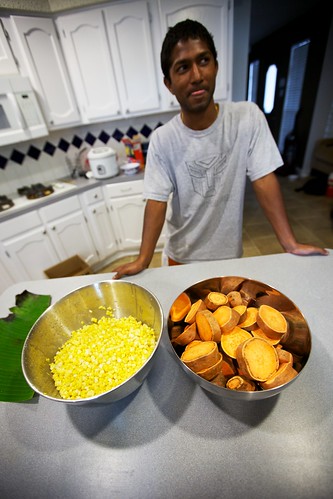 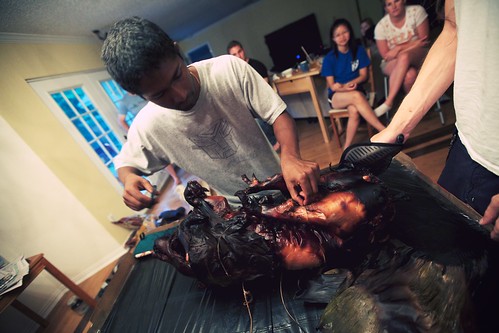 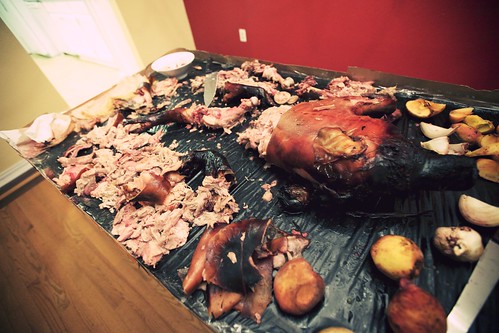