“I don’t know just how this happened
I didn’t think it ever could,
I’m the author of sappy love songs,
Trading in my bachelorhood.
Something snapped deep inside me,
Something that somebody said,
I felt the brush of angels wings then,
Your voice echoed in my head.

Ugly Day the sun is shining,
Every cloud’s got a silver lining.
Ugly day the skies are blue,
Now every day is ugly without you.

Are the one pure thing,
That I’ve always prayed for.
Scales are falling from my eyes,
I must have been so blind before.
I would lie down on the street,
To keep the dust off of your feet,
I would kneel each time I kissed you,
Anything Christie I miss you.” - Five Iron Frenzy

Haha, that song always reminds me of the time in high school when you bums made Kristy think I liked her. Andrew would consistently tell her “Oliver says hi” at tennis. Bums! =) It made things very awkward… haha. I went digging through some of my old chats…

Just woke up a little while ago. It’s 86°F outside and I have no homework to do. =) One of the major perks of not being in school is that your weekends are (almost) always free and you can do whatever you want. No tests to study for, group projects to meet up about, yay yay yay.

OMan’s been pushing for a game of DotA all week, but unfortunately once the weekend came, he got sucked away to Lillian, Texas. Poor OMan. I’ll get a Divine Rapier in your honor, man!

One of my favorite things about coming home and sleeping on the couch is that Orbit always jumps on top of me and sleeps there. It’s a very comfortable feeling. =) I laughed the other day when Oriana said she disowned the stupid one, Origon Oompus, and gave him “to mommy.” Haha, that dog is so annoying, it licks way too much.

Okay, now to find some food, then maybe I’ll venture outside with my camera for a while… but I don’t know what to take pictures of…

“Hello, yeah, it’s been a while.
Not much, how ‘bout you?
I’m not sure why I called,
I guess I really just wanted to talk to you.
And I was thinking maybe later on,
We could get together for a while.
It’s been such a long time,
And I really do miss your smile.

I’m not talking ‘bout moving in,
And I don’t want to change your life.
But there’s a warm wind blowing,
The stars are out, and I’d really love to see you tonight.” - England Dan & John Ford Coley

Edit: Haha, reading my previous post reminds me of:

Bought some Apple stock back in January before the MBPs were announced. Since then, the stock went down and I was in the hole for a while, but it’s since risen back up and I’m making a very tiny bit now, haha. It seem as if “iPhone” rumors are gaining a bit more substance and I think that type of product is very likely in the Apple pipeline (disclaimer: none of this is speculation based upon information I have gained at work) as they’ve all but said they’re working on one. I think an Apple cellphone could be pretty cool… I hope they allow Nike+ to work on it as it would be nice to bring a cellphone on a jog (I usually leave mine in the car). Anyways, if the rumors are true, I think they’d probably cell a decent amount of them, especially once they break out of carrier exclusives. I’m considering picking up a few more shares… but I don’t really know if it’s worth it (probably not, actually… since I don’t really have enough money to buy a significant amount).

Olivia has been learning the ways of my mother in the culinary arts, it seems. I went over to her place tonight and she made me food. Yay! Haha, good job, little sister, thanks. =) And that Oink… he’s getting large.

Oh yeah, apparently two (at least) mosquitoes hitched a ride in my car and bit me a total of about eight times. It is not cool. Curse you, blood sucking fiends!

Haha, that song reminds me of the lovely 80’s movie Mannequin… haha. The tagline from IMDB is: “Just because Jonathan’s fallen in love with a piece of wood, it doesn’t make him a dummy.” Haha, that’s awesome. 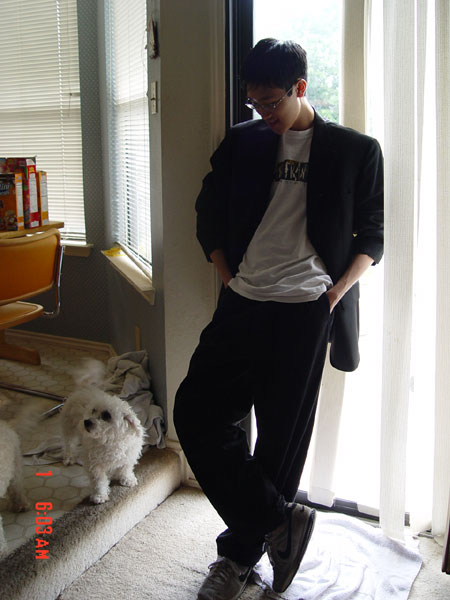 Haha, totally just joking. That shot did turn out much better than I was expecting though. =)

I’ve got my iPod on shuffle right now and it played World Without End just now. I think Nancy’s mentioned the chorus of that song being one of her favorites and I am in total agreement.

“In the soundless awe and wonder,
words fall short to hope again.
How beautiful,
how vast your love is,
new forever,
world without an end.” - Five Iron Frenzy

I have a presentation/training to give in a few hours and I’m really tired of looking at PowerPoint slides.

Mmmmm… if only I didn’t need to sleep…

I ran three miles around Town Lake today despite my shin not feeling entirely alright yet. I think it went okay, but I’ll probably take it easy tomorrow. We’ll see. I took it a bit slower and did nine minute miles, but I think I’m definitely going to be ready for the Hairy Man 5k in October. Whheee, I’m really looking forward to waking up early, grabbing some Round Rock donuts then running that 3.1 miles. =)

My first Elements meeting was today and I think it went pretty well. I’m glad Sarah decided to co-lead with me (thanks, Sarah! - I don’t know if you’ll ever see that, haha). She brought almond jello for us all to eat and apparently loves to feed people (this is not the sole reason I am glad she decided to co-lead with me, but is a definite plus, haha). We played a game called Mad Gab and Mafia, both of which I hadn’t played before. Mafia kinda reminds me of BANG! Mad Gab is pretty fun. =) It seems like the people in my group are pretty open and not too shy, so I’m hoping discussions will be lively. Looking forward to it next week, thanks everyone who came. =)

“Oooooooooooooooh!
Sugar Pie, Honey Bunch
You know that I love you
I can’t help myself
I love you and nobody else

So I’m just playing with some WordPress plugins and as disappointing as this will be to Mark (when has that ever stopped me? I know… never =), I’m trying out a Xanga crossposting plugin. Basically, whenever I make a post to OliverWEB, it’ll also post to my Xanga and link back to here for commenting and stuff. We’ll see how that goes… I created an oliverweb xanga…

This is also the first post I am making with the plugin activated, so… wheeeee…

Edit: Let’s see if editing works. =) Anyways, so you punks who always check Xanga subscriptions can now subscribe to my oliverweb xanga and see when I update OWeb. Have fun. =)

Back when we moved into The Legacy, we came up with a constitution that really didn’t do much good because no one really followed it. There were lots of “good” rules in there and ones that I probably shouldn’t quote here… haha. One of the better ones though, was this gem: 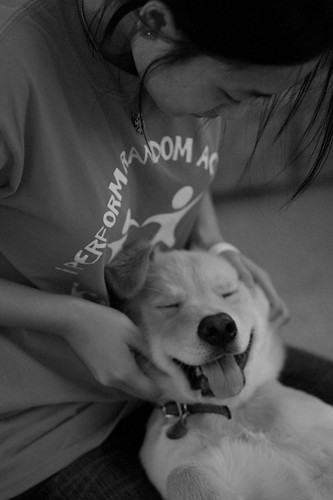 Visited Olivia yesterday for a bit to see how large Oink has gotten. He’s 30-ish pounds and Olivia says he’s “supposed” to get to 60 or 70. Haha… have fun with that! =)