I hate you guys… you never should have even mentioned it to me.

I’d like everyone here to tell Andrew how much better his car has been since Monday afternoon. =)

Well, after a brief comic spree, mrtechhappy has appeared to have died… maybe only fainted, i’ve got my fingers crossed… but, here’s an idea, Oliver, you should make a guest strip for Three finger salute I would link to the specific guest strip comic where they asked for others these next two weeks, but… it’s not the best comic, but think of how many people would then be enlightened to the world of MrTechhappy! More then a few I tell you… come on oliver, you can do it =)

I found my hat!

I’ve managed to consistently complete the top two layers and half of the bottom (all except the corners).

Got a meeting in 15 minutes… just wasting some time. =)

Everyone see my new Lamborghini? =)

Hehe, was going through older pics… might have this one uploaded, but I laughed when I saw it, so I’m going to share. =) 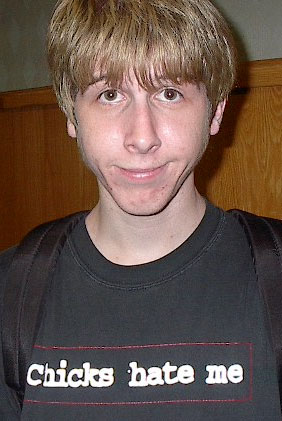