So that game was pretty terrible. I’m kind of glad I’ll be in London for the OU game cause I don’t think I want to watch anymore UT football until they stop beating themselves.

Besides that, the weather was pretty good for a fun ultimate game, we played a decent amount of DotA, I got a haircut, went to Parkside for Tiff’s birthday, skyped with Melissa after she returned from Thailand and… what else… maybe that’s it. I slept a lot probably. =p

I ordered a Kindle to prepare for my upcoming international flights (London at the end of this week and Hong Kong for New Year’s). I’m thinking I’ll finally read Ender’s Game and maybe start on the Harry Potter books. We’ll see.

Update: Oh! I almost forgot… I also watched Sharktopus, which was horrible and awesome.

This weekend, we had a pretty sweet game of ultimate. The weather was great and we ended with a pretty good 4v4. After ultimate, we watched the really unenjoyable UT/Tech game and then Saturday night was really boring after that. Viraj and I just sat around watching dumb TV until Mark showed up then we played a few games of DotA against computers.

Sunday was not much more eventful, but I went to campus Torchy’s and ate with Sam, Oriana, Steph and Laudie. After that, I repeated the sitting around bored at my house with Sam. Eventually, I remembered that I got loaned a set of Planetary comics so I started reading those again. I finished it not too long ago. Pretty enjoyable.

At Bazaarvoice, we like to think we’re changing the world by making the “voice of the customer” readily available when you choose to spend your money. We’ve seen that having content such as ratings and reviews have many positive impacts both to business and consumers - lower return rates, higher conversions, etc. We may not be as media facing as the likes of Facebook, Twitter, etc. but due to the sheer number and caliber of clients we have, we actually serve our good share of user generated content.

We also have our Bazaarvoice Foundation that is focused on doing community service, matching donation contributions, etc. However, I don’t really intend on talking about how Bazaarvoice as a company in changing the world. Rather, I’d like to do my part in sharing about how individuals at the company I work at try to improve the world we live in. Andrew Geonetta, a relatively new project manager on the team I work on sent out this email on Wednesday of this past week:

I’m pretty amazed by the number of people at BV that are compassionate and seem inclined to lend a hand when it’s needed. I’m hoping to make a difference here for a pretty devastated local family that could really use a hand.

On Monday, my wife Christy, a 2nd grade teacher at Del Valle, was driving home from work. She saw a wreck on the side of the road so horrifying that it seemed impossible there would be a positive outcome. A car had come off of an exit ramp, ran a stop sign, clipped one car, swerved and t-boned another vehicle. The devastation to the vehicle that got t-boned was absolutely unbelievable.

Her feeling of dread was not unfounded. Later that night, Christy got a phone call from a teacher at school telling her that one of the students she taught for two years had gotten killed in a car wreck. His name was Francisco Baccera, and he was 8 years old.

I’d stop there because that’s pretty horrifying by itself. But that’s not quite the end of it. Driving the car was Francisco’s mother who was also killed. Finally, his his older sister (11) and his older brother (13) were passengers. The sister was killed and the brother was thrown from the vehicle. He has thus far survived, but is in a coma at the hospital.

There’s the 13 year old who is now without his mother and his two siblings. And there’s the father who has had his world completely devastated.

These are not well-to-do people. Del Valle is a fairly low-income area. It’s a very small community in southeast Austin, and the majority are blue-collar workers that work very hard to support their families. Unfortunately, most of these families don’t have access to some of the things we take for granted, like good health insurance, 401K savings plans…or life insurance. Such is the case here.

The father now has not one but three funerals to pay for. $10,000 is a huge sum of money for anyone, and the reality is that this is what he has to pay to bury his family. Until he is able to pay that amount, they will not be able to be buried.

I’ve decided that I’d like to try and help.

As most of you know, I used to play music quite a bit. I moved to Austin from Cincinnati and wasn’t able to continue on with it, but I still have a box of CDs left.

I would like to ask you for a donation to help pay for the cost of the coffins. I will be happy to take whatever you can give, but if you donate at or above $10.00, I will give you / send you a CD. I will also make sure that the father knows the contributions came from Bazaarvoice.

You can click here to go to the Paypal site I set up: https://www.paypal.com/cgi-bin/webscr?cmd=_s-xclick&hosted_button_id=UZYTMKEDJGSRA or you can just come down to my desk where I’ll have CDs for you.

I appreciate your time and whatever you can give. Every once in a while, we’re given opportunities to make a direct and immediate difference for someone who truly needs it. I believe this is one of those times.

Thanks for your time!

This Saturday evening, I got an update email from Andrew:

I hate the fact that I can’t respond to each and every single last one of you personally. I guess this is a good problem to have because it means there are so many of you that have donated that I’m a little overwhelmed!

I want to share with you an e-mail that I wrote to my wife on Wednesday morning of this past week. This was after I had written my message on Facebook on Tuesday night around 10.30 or so:

This morning, I woke up to $330.00. That doesn’t include the generous donation from Brett (our CEO).

It’s now Saturday…not even a full 4 days after writing my note…and we now have a little over $8000.00. You’re reading that right…$8000.00. That includes a very generous $2500.00 matching donation from my company Bazaarvoice.

Besides the donation I received from employees at my company, I’ve received donations from as far and wide as Ontario, Canada, Colorado, Phoenix, New York, San Antonio…

What’s amazing is that the ingredients here were not that complicated in order to make a serious difference. It was one e-mail, one Facebook post, Pay Pal, some sharing of info…and most importantly…a lot of caring, love, empathy and compassion.

All of this for a person you don’t even know. That takes immense amounts of courage, trust and ultimately, humanity.

But these past four days have been very, very different. You’ve proven that you can and will make a difference to a man and his son that need it so badly.

And for what it’s worth, I’m so very proud of you.

He and his son will know who his benefactors are. I promise you this. I’m already working on it, and I will let you know just the second I’m finished. And from there we can come full circle and you can know exactly who and how you’ve helped.

Again, from the bottom of my heart, thank you. Though we don’t know a large number of you, it doesn’t feel at all strange to say that we love you.

Don’t forget what you’ve done, because this is the stuff that changes the world.

I know there are tons of awesome organizations out there to donate money to. From a utilitarian perspective, perhaps your money is even “better spent” on other entities aimed at “improving the world.” However, I think one of the most awesome showcases of love and humanity is when we show compassion and grace in unexpected ways and places. This father and son have had their lives devastated in a way that I can’t even imagine. Sometimes, probably even often, apathy gets the best of us. If you didn’t “tldr” this entire post and it moved you to feel like making a positive impact on the world, small or large, feel free to do what you can by donating via Andrew’s donation link.

I think I pretty much just played a lot of DotA this weekend. That, and ultimate which was pretty tiring as we had a low number of people (means more running). It was pretty fun though.

I purchased Halo: Reach but have not played it yet…

The past week or so the traffic on 360 has been terrible! I hear it’s because some side streets are still closed. =( At least there’s hope that it will get better… I thought someone just messed with the light timings to mess everyone up.

On Friday, the Technical Services and Design Services teams went to SeaWorld. Woo! It was my first time there… here are some photos: 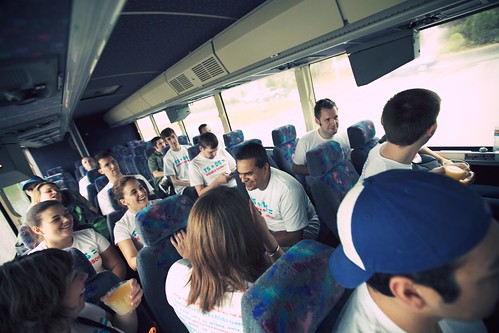 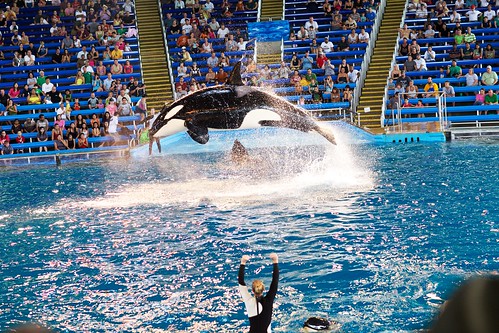 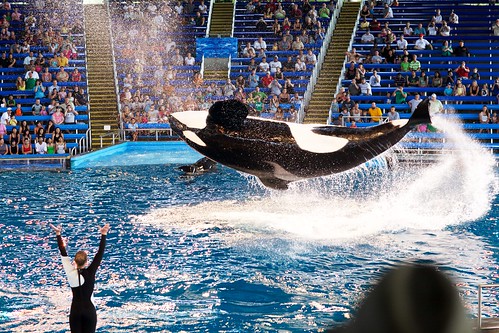 I also finally uploaded some photos I took of Oriana’s dorm room. She’s got this thing for Edward, apparently… it’s a little creepy. 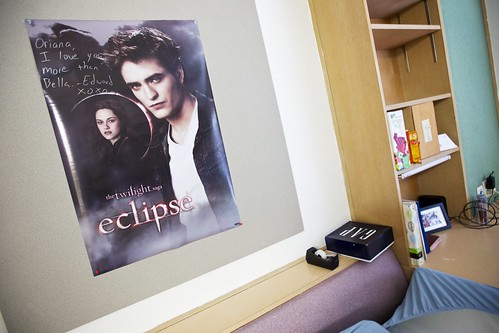 On Saturday, we played the usual ultimate game… I don’t think anyone was seriously injured this time. I watched Equilibrium which I recently purchased on blu-ray with Mark and Ryan, then hung out at Chad and Nancy’s for a long long time.

I think Sunday was fairly mellow… as was Monday where we had the usual WoW night with some DotA splashed in. We finally beat Sindragosa! That cursed dragon… Greg cooked for us and it was tasty.