Well, this was an uneventful weekend, so I’ll just drop some puppy photos.

I’m owiber on Instagram if you want to follow me, or view my photos on the web here.

I also threw together some short clips of Mozilla in a video here:

At work this past week, I got to pick up a quick short-term project that involved building something basically from scratch in one week. It was pretty fun, but the combination of Facebook and Internet Explorer is currently highly annoying me. Thumbs down!

This was a good weekend.

To celebrate Oriana and my mom’s birthdays, we went to Uchiko on Saturday. They were 30 minutes late seating us, but definitely made up for it by either being extremely generous with a single omakase order (usually meant for a pair, but four of us were fed) or giving us one for free. Then they also threw in an appetizer or two and extra fried milk desserts which is probably my favorite dessert second only to the craziness that is Alinea. I think that experience has cemented Uchiko as my favorite restaurant in Austin.

Earlier that day, I took Mozilla over to meet Syndey where he chased her around the yard (she was kind of scared of him) until she threw up. Sydney is a big lab, so it was fairly comical.

On Sunday, I hooked up with the owners of one of Mozilla’s brothers, Texas, who just so happens is also in Austin. They came over and the puppies played for quite a while: 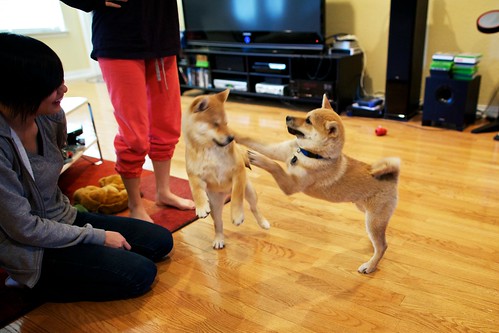 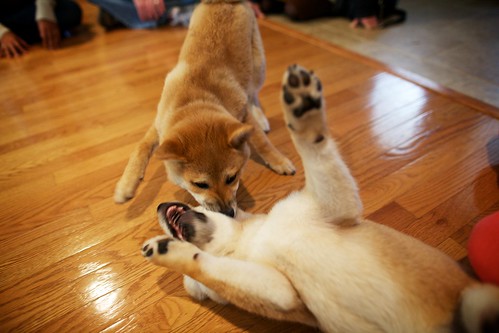 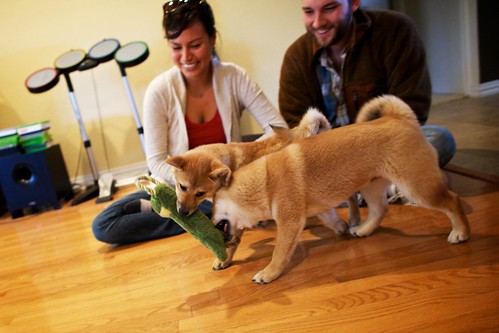 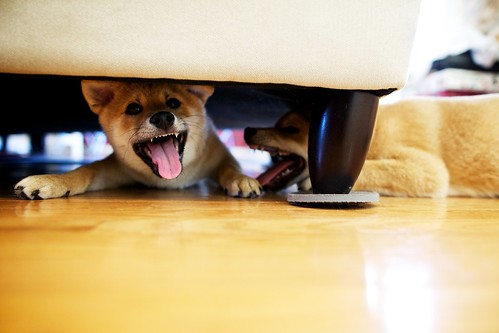 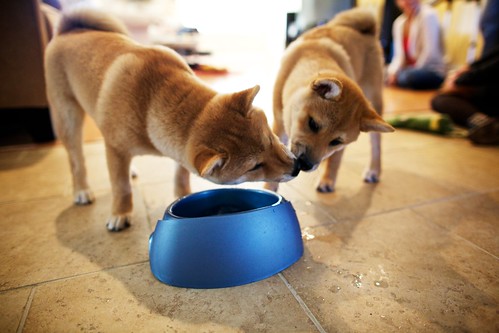 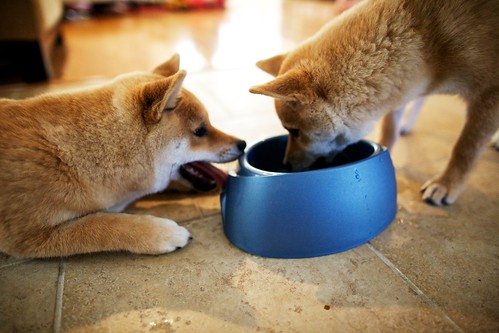 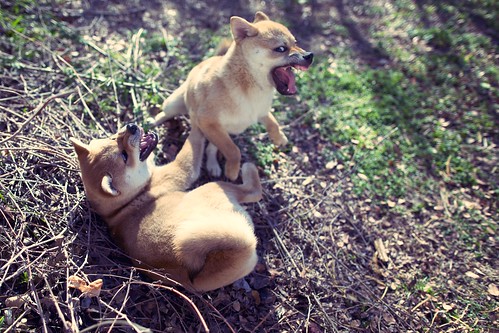 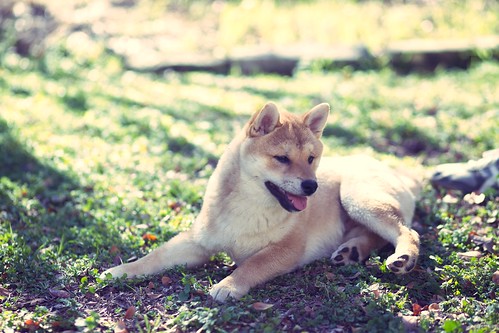 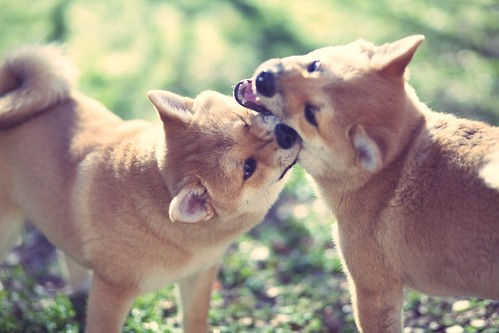 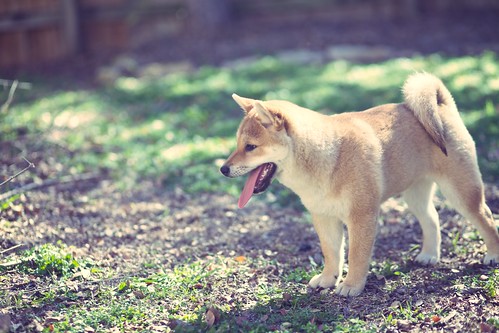 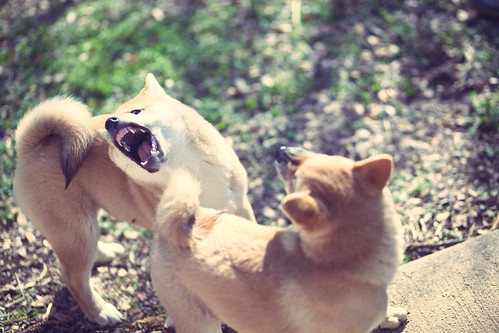 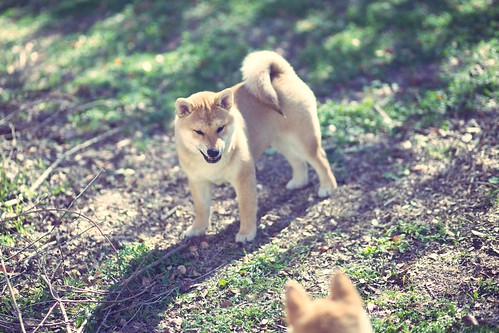 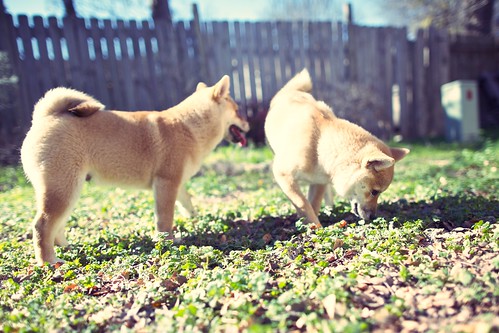 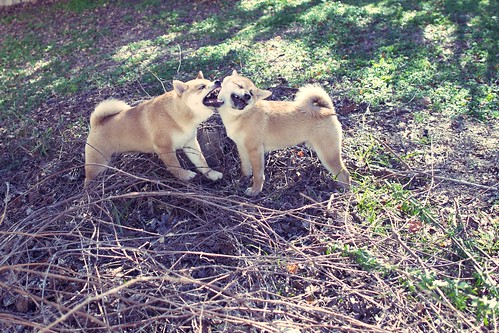 I took Mozilla to the vet at the end of last month and he had gained a pound since getting him (about a week’s time). I realized then I should take lots of pictures as he won’t stay a puppy for long. He’s actually really good with the camera and will usually just continue doing whatever he’s doing and occasionally looking at me as I snap photos. This puppy is pretty awesome. 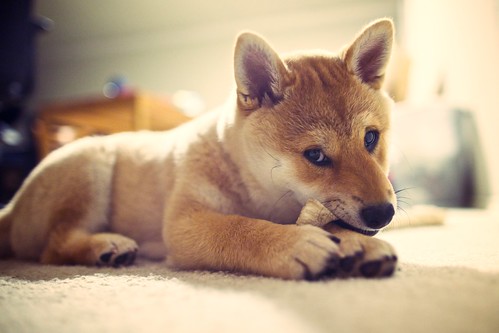 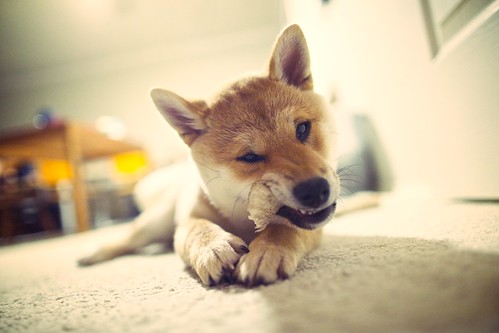 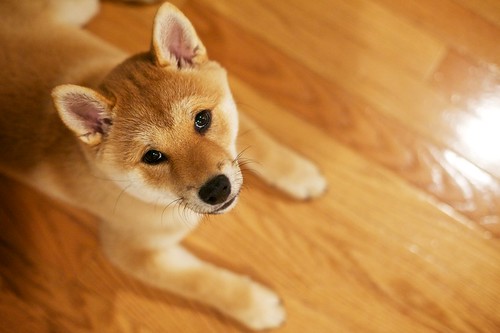 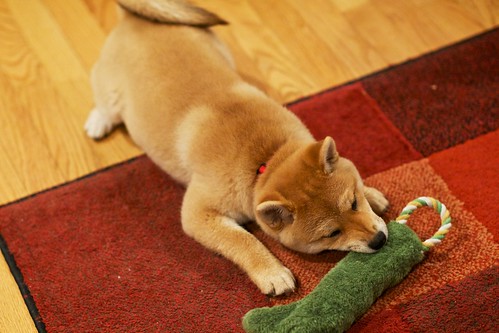 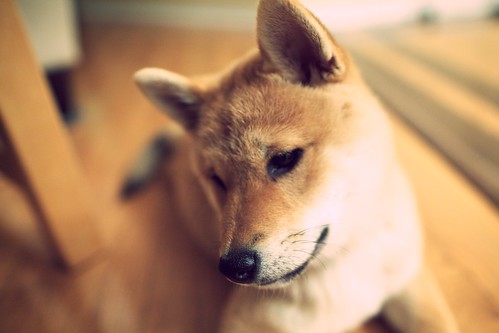 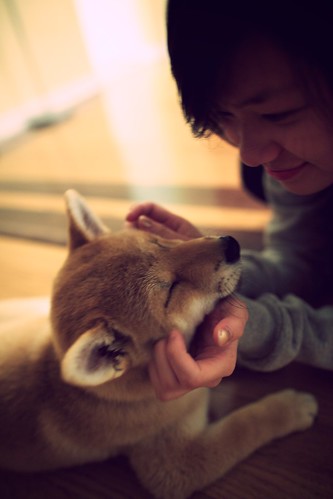 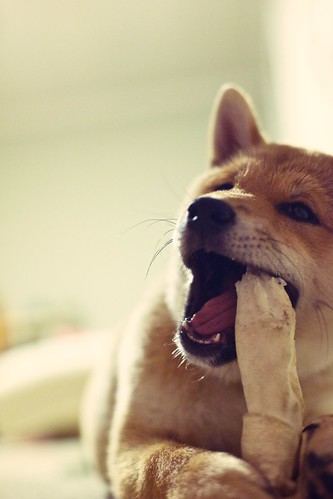 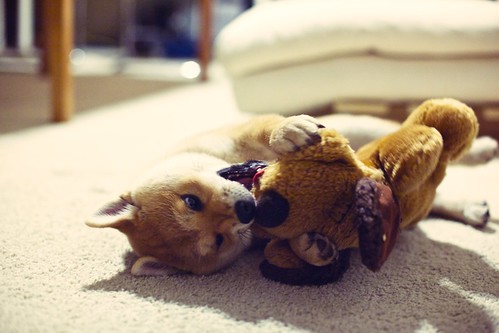 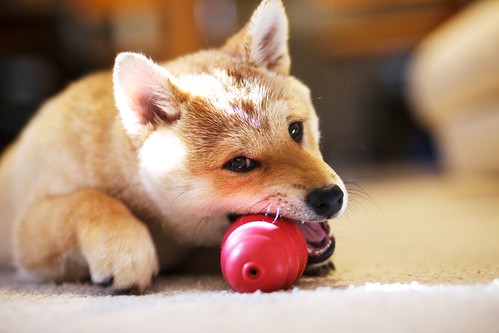 I went to The Domain along with some peeps primarily for Jonney and FiFi’s engagement (actual event and photos). I took the opportunity to socialize Mozilla a bit more and took him too. He was quite the popular little puppy there. I had one guy stop me and gave me his email so I could send him information (breeder, etc.). Here are some photos: 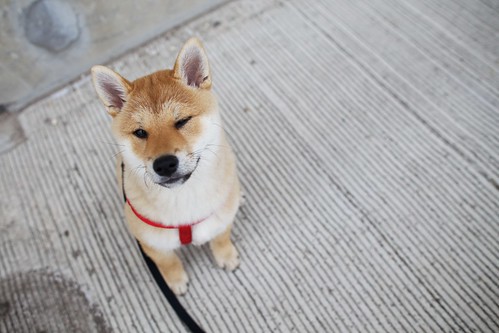 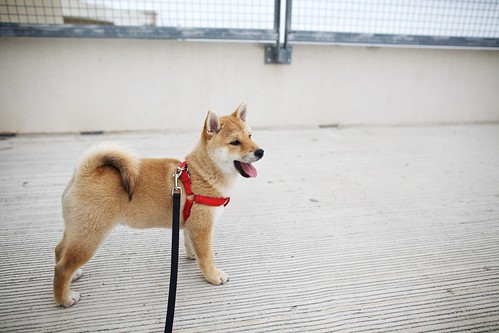 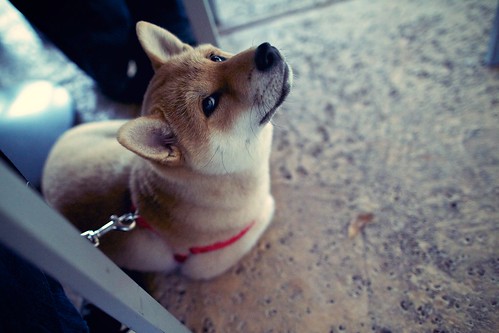 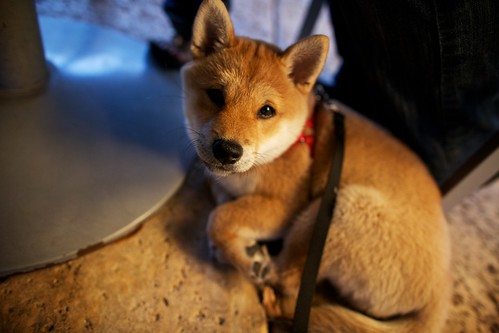 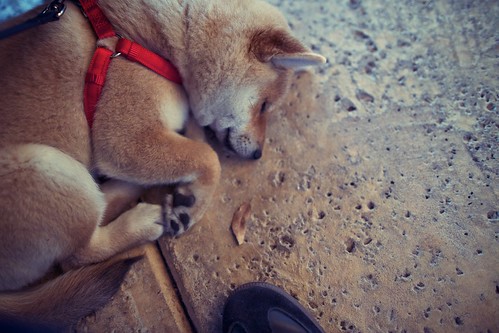 Oh, and if you’re interested in Jonney and FiFi’s engagement photos, you’ll have to bug Sam and Kat. =p

Shiba inus are infamous for not recalling well. You can tell them to come and they may look at you but then there’s a good chance they’ll ignore you. Mozilla hasn’t been too bad at this so far, but last night when it was rainy and wet outside, I would wipe his feet every time he came back inside. He apparently isn’t much of a fan of this so he got progressively more stubborn about not coming in. Luckily he is a little guy and I just catch him and pick him up. =)

This is the year the world’s supposed to end, right? =p

In usual planeteers fashion (we have a mailing list called planeteers, so that’s the name “the group” has inherited), we rang in the new year by playing Rainbow Six 3: Raven Shield and at midnight we mass suicided by shooting each other and throwing frag grenades at our feet. Good times. Back in the day, we used to play Raven Shield a lot of the max difficulty which is really hard and you almost always die in one hit from “the terrorists.” Whenever only a few of us were left and we weren’t near completing the map, someone would yell “all hope is lost!” which would usually prompt some/all of the remaining players to turn on each other and then suicide themselves so a new round would start. Sometimes, though, “all hope is lost!” would be called prematurely by someone who just didn’t want to wait around that long for the next round… you’d immediately hear “NO NO NO!” but it’s kind of a self-fulfilling prophecy as we don’t need a lot of reason to kill each other. =p

Here are some instagram photos of Mozilla from my phone. I need to try to take more “real” photos of him while he’s still a puppy…

Chewing, with pink crate in the background:
[instapress url=http://instagr.am/p/bVD9i/ size=400]

Tired out after playing with pink ball:
[instapress url=http://instagr.am/p/b9nKo/ size=400]

Mozilla snuggled up against my leg and passed out:
[instapress url=http://instagr.am/p/cQ5My/ size=400]

Also, I decided to get a new car (Accord Coupe V6):

2011 was kind of an off year for blogging for me. I’ll try to pick it back up this year. That’s my resolution.

ALL HOPE IS LOST!