Last Christmas, Viraj decided to get married on the other side of the world, so a few of us gave up time with our families to go to his stupid wedding.

Tonight, I finally went through my video from the trip and so now you too can see our Christmas in India…

Vine died a whiles back, but I was out of the blogging mood, so I never mentioned it, but I put my old archived vines here.

This month, I started at Stripe! I’m currently in the middle of a three week stint in San Francisco. The scent of piss is not uncommon here, but the city is very nostalgic for me, so I guess that at least evens things out, haha. I’m enjoying my time here, but I miss my Mozilla. On the plus side, I’m really excited to work with my new teammates and Stripe has great food (breakfast, lunch, and dinner!).

Last weekend, I strolled on over to Chinatown and found that unsurprisingly Golden Gate Bakery was on vacation. My hit rate is probably around 50/50 now, or perhaps a little worse. I debated bringing my camera on this trip, and ended up doing so, but I have yet to take it out of my bag. I’m going to San Diego at the end of the month with my new Stripe team, so perhaps I’ll put it to some use there.

Before starting at Stripe, I had roughly a month off. I did a lot of bumming around, playing some Minecraft, and went to Los Angeles and New Orleans. LA featured the debut of this video:

and resulted in this one:

I’ve got a bunch of random clips of Sam from NOLA where we tried really hard to make him out to be a racist, but I’m not sure what I have gels well, so it may not end up anywhere. I did, however, rummage through a lot of old media and came out with this:

I didn’t take many photos, but here are a few I did take (or someone with my camera took, and I edited): 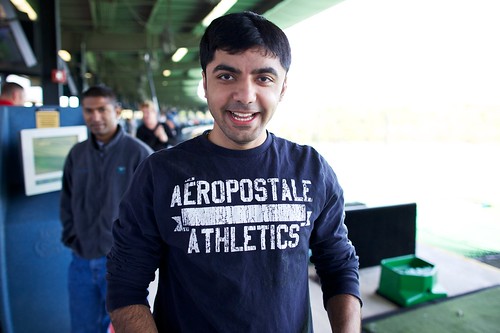 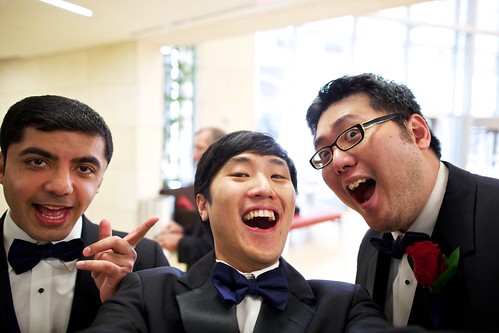 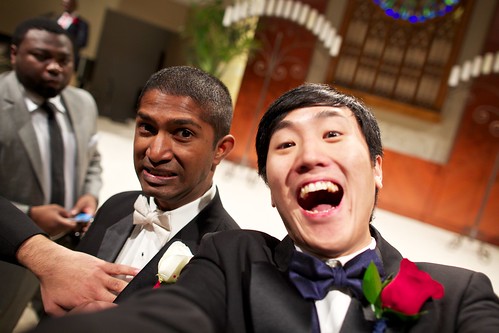 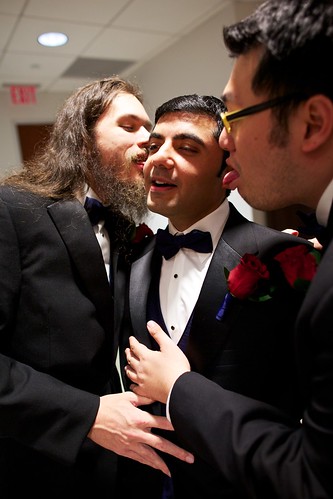 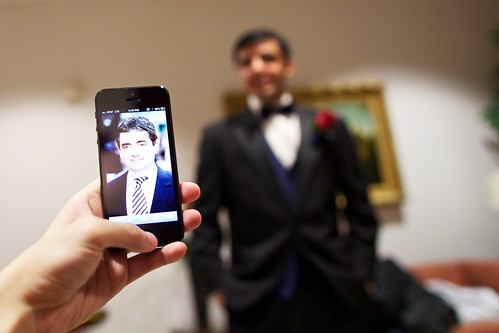 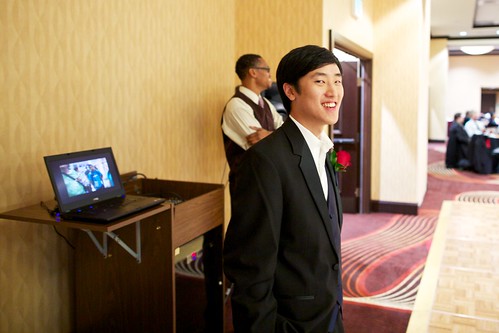 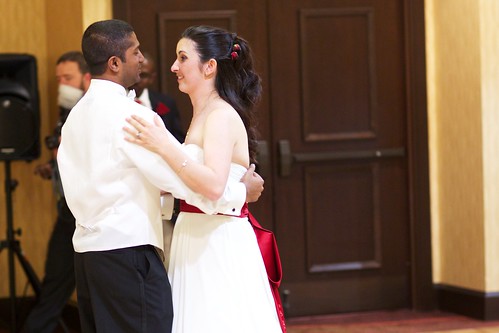 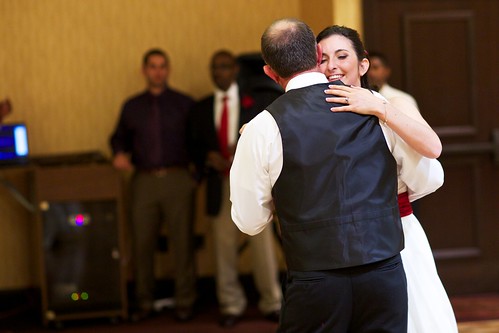 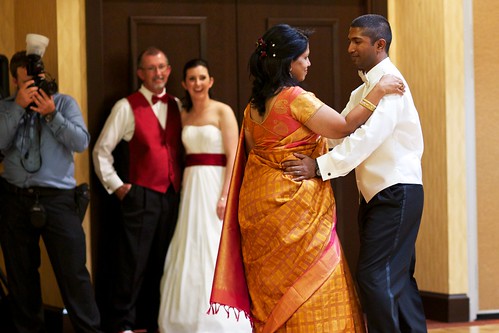 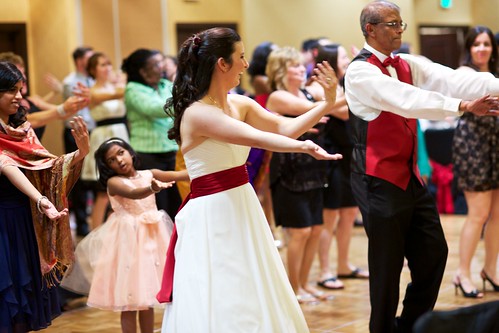 Also, here’s the video we made as a wedding gift. Enjoy!

Our family decided to have Thanksgiving at Olivia’s this year, so I’m sticking it out in Dallas for the week.

So here’s a video montage of my vacation. Probably filled with inside jokes and immature humor. I don’t expect anyone to watch or enjoy the whole thing, but here it is. =)

I’m getting some estimates done on some major renovations to my house. Haven’t decided if that’s the route I’m going to take, but it’s exciting to think about! I’ve been looking at a bunch of pictures on Houzz.com, which is pretty cool, though they have so many photos, it’s overwhelming sometimes.

I started watching West Wing and I’m well into the third season now. It’s been pretty enjoyable and some of the episodes have been surprisingly emotional (that is, triggered a strong emotional response from me).

I also had a crazy dream last night where I went to NYC/Vegas (it seemed to randomly change in my dream), and went to some hotel room with a girl. Somewhere in there I really had to take a crap, so I went into the bathroom and found an extremely complicated toilet. After that was done, it became apparent that this girl was supposed to kill me based on orders from some drug lord. Fortunately, she decided that she wouldn’t kill me and smuggled me out of the city instead. I woke up worrying about the safety of this girl since she just disobeyed some powerful bad guy, but that quickly faded into a chuckle as I realized I was dreaming.

That’s all you get for now. Tata!

I don’t usually do these but I’m in “one of those moods” so Sam gets a nice post today. At least that’s my plan as of this sentence, we’ll see how it goes. =)

I’ve known many of my friends for a very long time (some for over half my life), and I love all of them… some in different ways than others. ;) Sam will probably be the first to tell you we have a special relationship. I met Sam back in high school when he was the tall, goofy, asian ROTC guy in the halls. I think he actually knew Olivia before me, but I do remember him showing up to computer club once (maybe he voted for me for president? haha). Back then, he looked something like this: 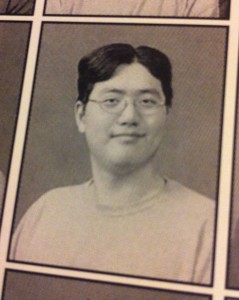 Sam’s of the class of 2002, so when I graduated in 2001, I went off to UT with a bunch of the gang and never really expected to see this guy again. Well, a year of shenanigans happens, then I stumble upon Sam again on the church’s internet forums and I borrow My Sassy Girl from him cause it’s supposedly a good movie. Somewhere during this time, it’s also discovered that we’re both looking for roommates for the coming semester, so the adventures of JW152 begin.

It’s here where Sam meets Mark who triggers what we dub “the downfall of Sam” which all started with a game of mario kart (or was it super monkey ball?) and a big green button. You can ask one of them about this, but suffice it to say that Sam then realized we’re a bunch of asses, especially Mark, and he didn’t quite know how to handle that. The remainder of our Jester days entailed, but were not limited to:


Well, after that, a bunch of us moved into some really ghetto apartments just north of the Target near campus on I35. It was here that the Tower of Che-Kang was built: 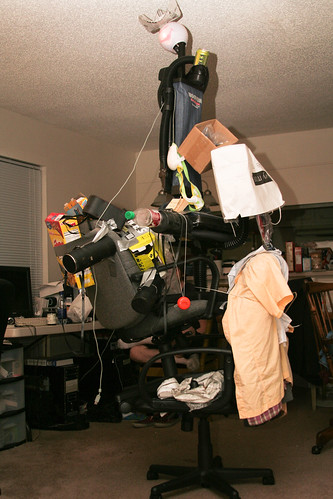 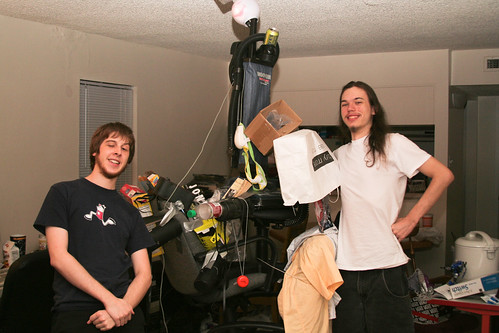 Throughout the years, my Xanga has gone through two iterations dedicated to Sam (I wish I had kept the first one… sorry. I do remember it being very pink). I even joined Facebook originally back in the day to get my Sam loving Xanga more exposure! ;)

Speaking of which, here are some old FB posts. Sam hadn’t quite perfected his come-back to “suck it” at this point… 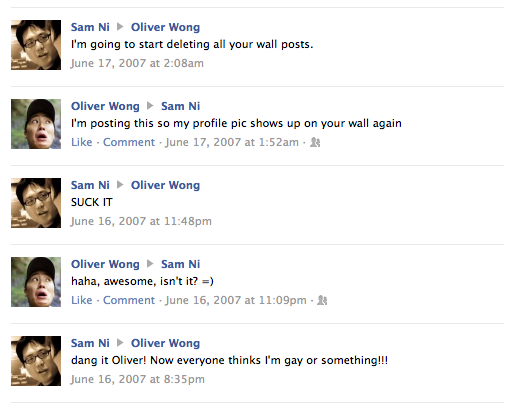 We’ve been to Key West:

I’ve known Sam for over ten years now and he’s been the butt of many jokes (I swear he asks for most of them), and though I don’t admit this often, one of my bestest friends. Happy birthday, Sam!

Well, this was an uneventful weekend, so I’ll just drop some puppy photos.

I’m owiber on Instagram if you want to follow me, or view my photos on the web here.

I also threw together some short clips of Mozilla in a video here:

At work this past week, I got to pick up a quick short-term project that involved building something basically from scratch in one week. It was pretty fun, but the combination of Facebook and Internet Explorer is currently highly annoying me. Thumbs down!

Well December was certainly a rough one, but I’ll try to stick to the positives on the blog. Despite the plethora of suck, there was actually a lot of silver lining too. I just wanted to say thanks to all my friends and family for being awesome. I’ll also throw a shout out to Bazaarvoice too for being so incredibly understanding and making things as easy as possible for me.

Now, on to the positives!

I’m sure it was a combination of things, but I finally broke down and got a puppy. Nancy says it’s about time and I’m two years late. Well, better late than never? =p I feel a little ashamed at not rescuing a dog, but my little shiba inu pup, Mozilla, is so awesome, I honestly can’t say I have any regrets. Sorry? =p

On Christmas Eve, Andrew, Nancy, Sam, Viraj and I hit the road. Here’s a short video of our trip to Arkansas to get the little guy:

And now, some photos. I made sure to wear my Mozilla Firefox shirt given the planned name I had for him. 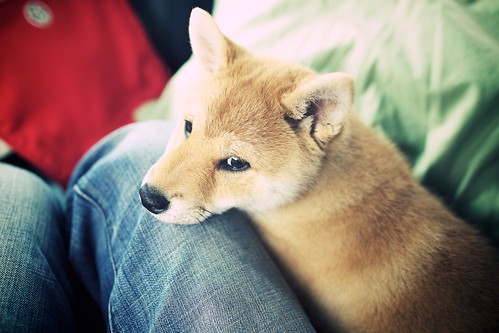 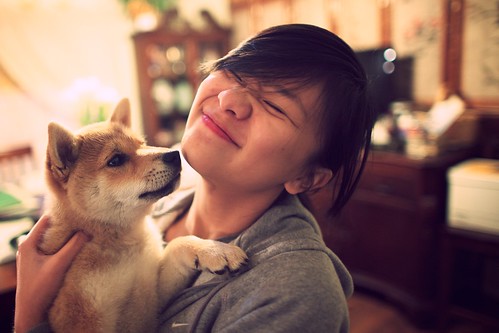 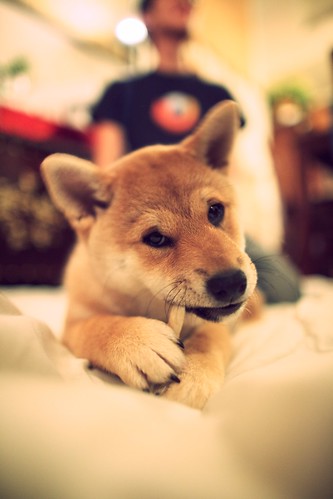 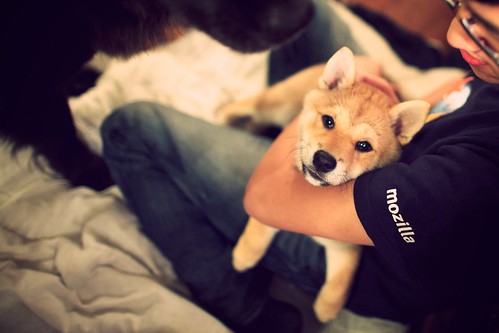 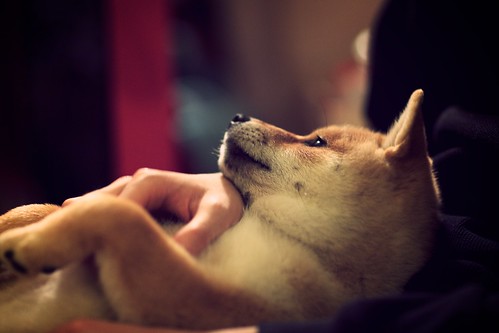 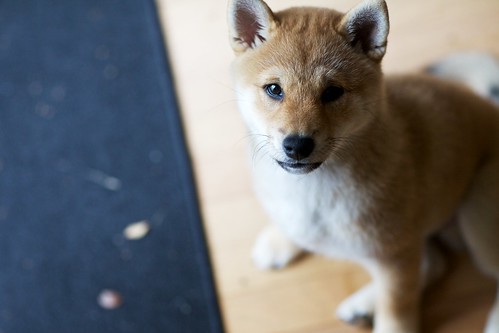 On another topic, here’s a video of Oriana opening the Christmas gift I got her:

It’s done! Viraj provided assistance in interviewing and some creative juices, if you know what I mean. Erhm…

Viraj made me censor a scene, but if you know me and want to see it, friend me on YouTube (owiber) and I may give you access to the uncensored version. =)

I wish I had gotten more footage, but not feeling well for part of the trip took a toll on my willingness to film much. Wish I had more footage of others on the trip. Next time! Enjoy!

Like a few other iMovie templated movies, I just stuck with the default text for the most part. =)

Unfortunately, I took far less video than I should have this time around. I will commit to being more vigilant next time. Fortunately, I did a little better on the photo front which you can see on my Meatcation 2 flickr set. Enjoy!