While I’m waiting for some stuff to finish buildling here, I figured I’d blog a bit.

In the past few weeks/months, I started to visit digg on a regular basis. It generally picks up things faster than /. and has a ton more articles per day, but that’s not always a good thing. Along with all the cool stuff, there’s a lot of stupid articles that seem to populate up to the frontpage due to fanboys hopping excitingly at the mere mention of their idol and hitting the “digg it” button without any thought whatsoever.

Most often, this kind of thing happens to Apple-related articles where it seems like anyone who blogs virtually anything about Apple will get “dugg.” When the Intel Macs came out, there were about five or ten articles switching back and forth between “yes XP will boot” and “no, XP won’t boot!” and most of the articles were just guesses and/or repeats of previous ones. More recently, the annoying articles have been the “I know how to boot XP!” where it’s pretty much just some random guy who can’t figure out the name of the company is Apple, not Mac, and his idea of how he thinks he can boot XP. Many of the steps might as well like this:

… because they’re just as plausible as many of the proposed steps. It’s pretty much like if I said something like this: I know how to cure AIDS!

I don’t understand how articles with no backing/substance whatsoever get so popular. I guess it just goes to show how stupid masses of people can get… hehe…

Tomorrow is my last day at the System Performance and Modeling group at Freescale. On Monday, I start my third rotation with the games group of what was formerly known as Metrowerks. They make tools for Sony and Nintendo for their consoles, sounds pretty cool. =)

Oh, yes, Van is now a BANG! madman and it makes me want to play Magic again…

Aaron, Sam, Van and I went to take pictures of the Duffy-Shamrock Joint Venture Tower which is almost 2000 feet (over a third of a mile) high. For comparison, Tapei 101 is almost 1700 feet tall. I’ve got pictures on my flickr, but that’s not what I really want to talk about right now.

So before we set out on our journey, I stopped by a Shell station to fill up on gas. There were these two young girls in an Eclipse using the pump in front of me. As I sat back down in my car after starting to fill my tank, I look up to see the girls start to drive away with the gas pump still connected to the car. Needless to say, it jerked off of the car, making a clanging noise and flung away a few yards. There were about three or four guys who saw all this occur and within seconds we all gave each other a somewhat amused look as if we all had affirmed every negative female driver stereotype there was possible, especially young ones that were given a sports car from their daddy. =P

The girl quickly got out of her car, closed the little door to her gas tank and sped off. She didn’t even go pick up the gas pump that was not lying on the ground. Girls these days. lol

I have determined that my decision to purchase an Intel PowerBook comes down to the following Pro/Con chart:

I do like Apple software, generally, I like the way I can switch between “noob GUI mode” and “l337 h4x0r pwn3d y0! CLI mode” rather seamlessly. That plus is also in recent Linux distros, however, OS X is a bit better when it comes to plug-and-play hardware issues (though, Linux def has its merits and it better in many other situations… which is why its on my mac mini right now). Apple also has the support of software companies such as Microsoft and Adobe, where Linux has to fall back on WINE (man, I’d like to see a Linux-native build of Photoshop… that’d be HOT).

Anyways, I think the Core Duo will likely solve most of these issues… of course, I should probably wait for reviews regardless. Heh… 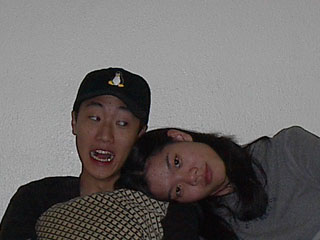 “Give me the camera.” 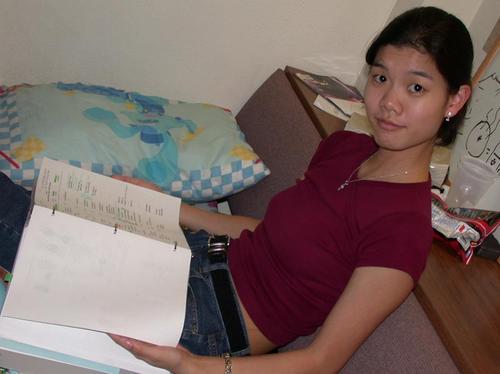 Nancy confused. Little does she know she often confuses us… 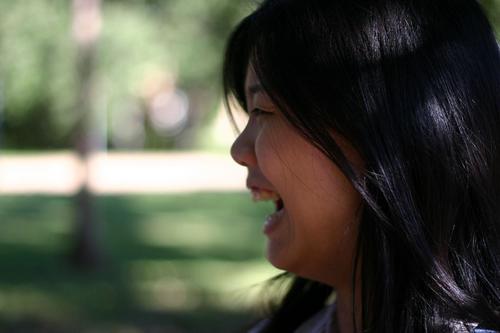 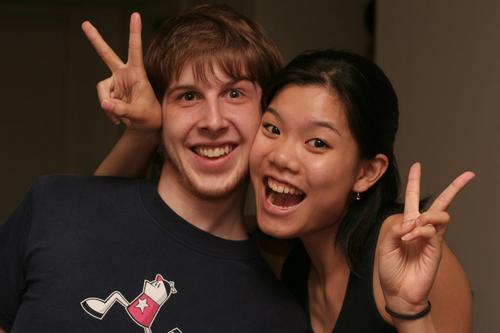 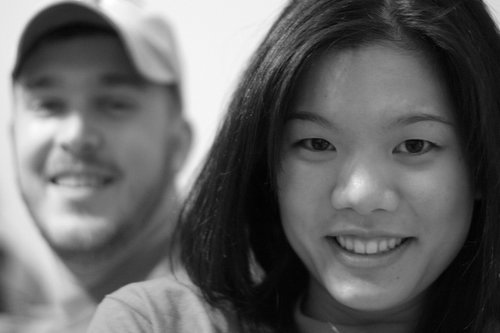 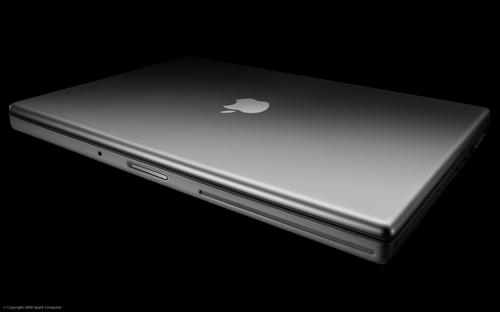 I have never EVER enjoyed a football game as much as this one. This game was AMAZING. The Tsui’s house erupted with so much noise it was insane! I have never meant the following more than I do now and I doubt I ever will again but this is for our team: HOOK’EM!!! TEXAS FIGHT!!!!!!!

As a special tribute to the Longhorns, I made a few modifications to OliverWEB (might need to refresh to reload the style sheet or clear your cache - especially Safari users).

After the game, we immediately packed our stuff and jetted to UT campus which was INSANE! It was awesome yelling out the car windows. Everyone was honking their horns and running around campus high-fiving other people. Awesome awesome awesome! Campus was just exploding with UT pride! Andrew also jumped into the south mall fountain (while evading the local police officer which was supposed to deter such actions). Some pics: 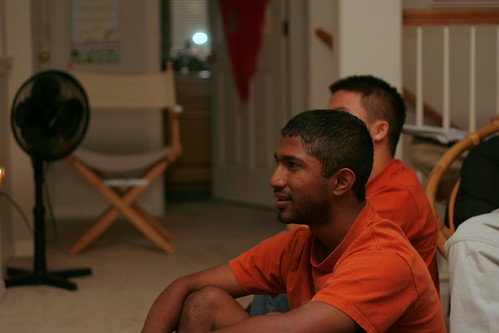 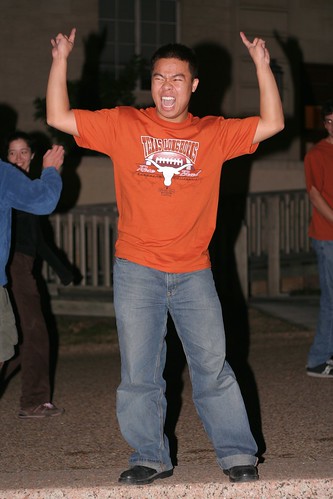 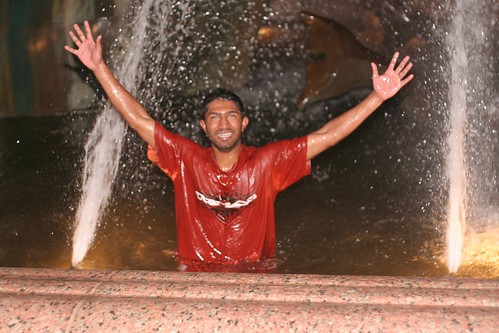 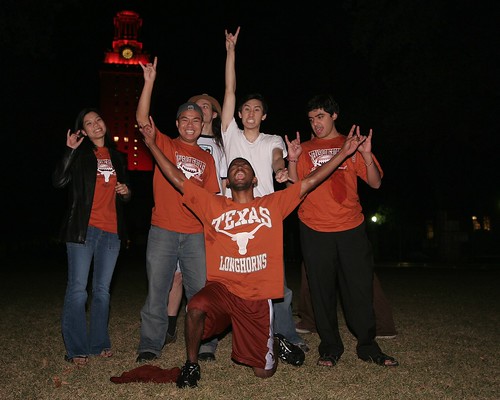 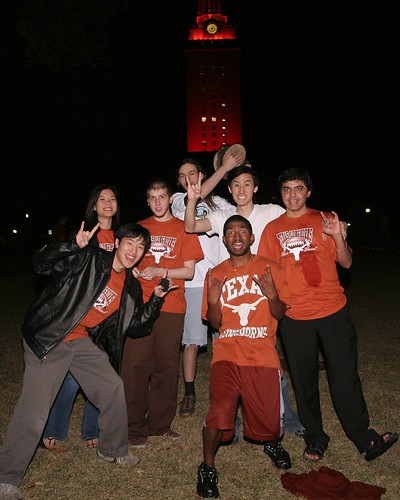 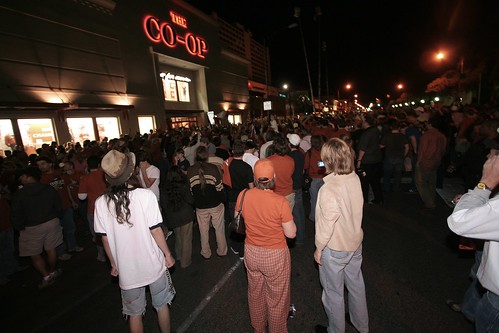 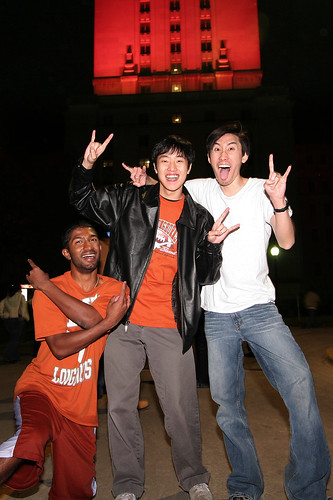 Man… I don’t think I can ever watch another football game ever again. More pics here!