Oh how I love JQuery… it’s made it so easy to do such nifty things! I’ve added a new feature to Owiber.com. Now whenever I link to a flickr image in my posts, there will be a little up arrow to the right of it. If you click on it, the page will scroll to the top and load the larger image, and also show a down arrow to go back to where you were (you can actually click almost anywhere in the big image to go back down). I haven’t tested in IE yet (cross fingers) but it seems to work fine in Safari and Firefox. Here’s a sample image of Oink for you to play with it… have fun! 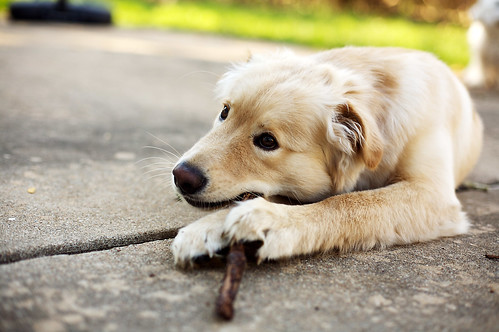 And I ran, I ran so far away.
I just ran, I ran all night and day.
I couldn’t get away.” - A Flock Of Seagulls

I think I’m going to start titling all my weekend posts with “The ____ one.” Sounds like a TV series episode naming scheme. :-)

This weekend was very much dominated by me listening to music at my house, sleeping, waking up with random website ideas, and then throwing together what you see here now. I’d call that a productive weekend. On Sunday night, Chad, Nancy, Ochs, Sam and I watched the first few episodes of season two of Weeds. I also managed to make my way to Town Lake and ran and kayaked a mile-ish.

I bought a water hose and stuff to give my lawn some loving, but never actually put it to use… well… maybe tomorrow…

I also printed out a bunch of photos and put them on my wall with magnetic photo rope I purchased from Photojojo: 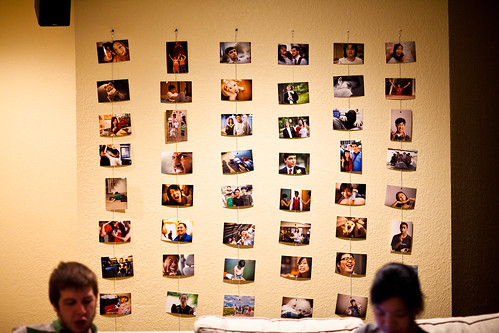 “Maybe I’m wrong, won’t you tell me if I’m coming on too strong
This heart of mine has been hurt before, this time I wanna be sure

Well, I finally updated the layout, and switched over to owiber.com! There’s still some work to do, but it should hopefully be functional. I’ve tested in a few browsers and made a conscious decision to NOT support IE6, so if you come here with that poor excuse for a browser, prepare for some ugliness and a JavaScript pop-up telling you so. I haven’t tested in IE7 yet, but I hope that works okay… let me know if you find any issues!

The coolest little feature is if you hover over the flickr images at the top/left, it’ll change the main image at the very top. I broke a big website “rule” by not having my content above the fold, but I think the photo switch thingy makes up for it a bit, and heck, I don’t sell anything here, so I don’t really care. =) I plan on enhancing my flickr integration a bit so you can do the hover over thing with more than just the five most recent photos in my stream, but… that’ll be later. Have fun!

…oh yeah, and if you happen to look at my code, you probably won’t be very happy. It’s likely very horrible and messy. I just wanted to throw that out there… :-)

So what I had thought was the fault of the lens at the end of this post was actually more the body from my very rough testing of shooting 5D MkII vs 50D in my backyard. The 5D2 just has a lot better contrast and color vibrance straight from the camera, which I would guess is attributed to its larger full-frame sensor.

This is a bit disappointing to me as now I’m less inclined to bring my 50D around, but it’s still a pretty good backup body and I can still use it for its reach. Oh wellllll….

Just finished running and kayaking a bit, so I’m just chilling at my place listening to music and messing around with Python/Django a bit so I can contribute to Bazaarvoice’s open sourced “TwitterVoice“ app. I think I’ve made it apparent I’m not a huge Twitter fan, but it’s a good chance to scratch my code monkey itch and gain some more experience with frameworks. If it goes well, I may use it for some future personal projects like… Friends 09 maybe (for historical reference, here are 99, 00, 01, and 04). =p

Been in a somewhat mellow introspective mood lately… but I don’t really have anything to blog about regarding that, other than to state it. :-)

I stopped by a flooring store today to look at tile and I can’t decide what I want! Arrgh!

Ochs and Sam thought I made a commitment to post what I did every weekend in this post, but I don’t think I did. Regardless, I suppose it’s a decent idea, so here it is:

No pictures this week, though. Adios!

I wanna hold em’ like they do in Texas plays,
Fold em’ let em’ hit me, raise it, baby stay with me, (I love it)
Luck and intuition play the cards with spades to start,
And after he’s been hooked I’ll play the one that’s on his heart - Lady GaGa

So it’s been a while since I redesigned OliverWEB and it’s long overdue. I used to do it ever year, but… well, I’ve been busy. I’m starting to think of new ideas now though, so we’ll see how that goes. I’m also very much considering retiring oliverweb.com and moving to owiber.com…

By the way, has anyone gotten wind of any new Andrew Approved items? ;-)

“And even as I wander
I’m keeping you in sight
You’re a candle in the window
On a cold, dark winter’s night
And I’m getting closer than I ever thought I might

And I can’t fight this feeling anymore
I’ve forgotten what I started fighting for
It’s time to bring this ship into the shore
And throw away the oars, forever” - Reo Speedwagon

Haha, so I dug through archives of OliverWEB and found some bits that actually made me laugh out loud:

aoushi: think destiny
aoushi: lol
Owiber: aha!
Owiber: someday
aoushi: she’ll be coming around the mountain when she comes…
Owiber: my wife will be the defender of the universe
aoushi: Whoa, I won’t go that far
Owiber: like Voltron
aoushi: ugh, you destroyed my romantic thoughts
aoushi: I’m going to bed

Viraj: no donuts for her fatness
Oliver: ok
Viraj: no, i was asking?
Viraj: retard
Oliver: QUESTIONS END WITH QUESTION MARKS, RETARD

The dinner conversation today somehow drifted into some aspects I look for in a girl, or that I think complement me well. I’m not going to get into that, but it’s led my brain to ponder similar topics in my now almost “ritual” solo-time right before I go to sleep (which coincidentally is also my blog time). I’m not one to jump on many bandwagons, much less reading popular “Christian novels,” but I’ve at least had a summary of “Love Languages” despite not reading the book on the topic. So I was thinking about what my love languages were and on the receiving end, it’s probably words of affirmation, quality time, and touch. On the giving side, it’s pretty similar except for touch, which is interesting I think.

I’m not really one that shows affection by touch very often outside of a joking manner (Sam and Viraj, I’m looking at you ;-)), but I think a hug goes a long way for me. When I’m feeling a bit mellow/down, I find myself wanting a good hug. Interestingly, I think this works better coming from a girl (not necessarily one I have a crush on or anything, just a female friend, etc.), but I’m not entirely sure why. Maybe it’s just that I’m generally more used to hugs from girls than guys having two sisters and no brothers, or maybe it’s just due to society and guys don’t really give hugs. It’s gotta be in the right context though… this is not a plea to hug me. =p

I’m pretty confident that affirmation is one that I both give and take, but I’m a bit more iffy on quality time. I put a lot of time into anything I care about, but if I don’t, it doesn’t necessarily mean I don’t care about it, so I’m not sure if this counts as much. I also don’t necessarily have to be given it to feel like I matter to a person, so yeah…

I don’t think this mental exercise has helped me in any way other than cure a few minutes of boredom, and I hope it did the same for you, haha…

Lyrics have nothing to do with this post (and they generally don’t), they’re just usually a song I’m fond of listening to at the time. I feel like I need to be careful, particularly when the song mentions a girl or something like that (they often do :-)), but maybe I’m being too paranoid. ;-)

Last Friday at work, our team had Moustache Day where many of the “non-sissy boys” had moustaches (I was a clean shaven “sissy boy” :-():

Today, I went on a boat today with a bunch of chumps: 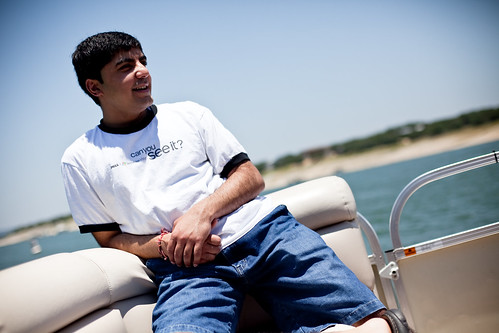 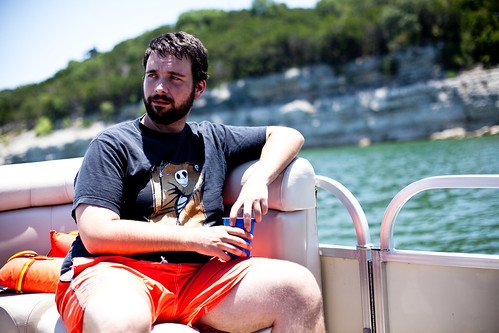 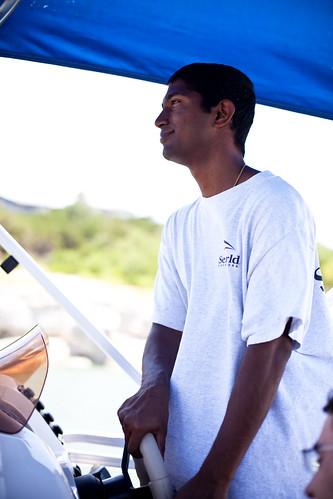 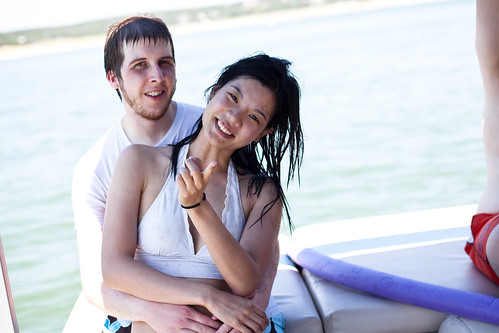 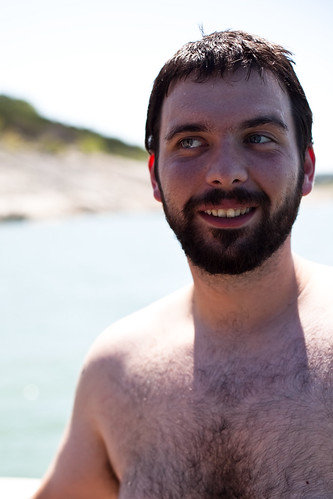 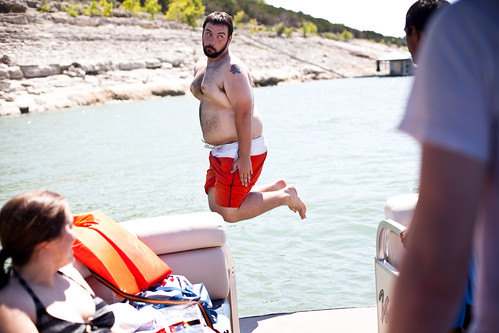 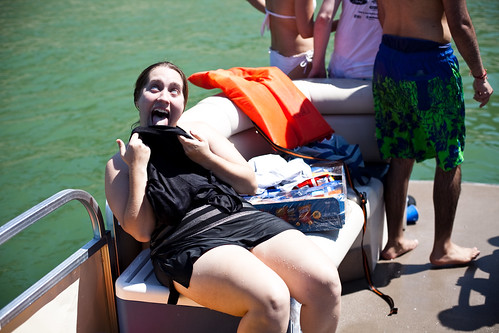 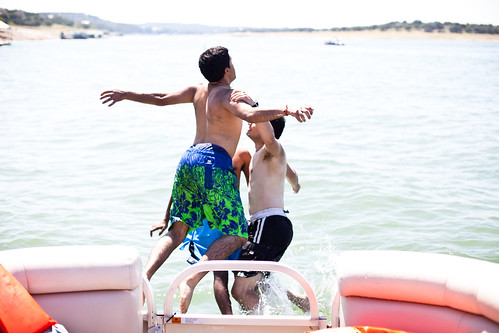 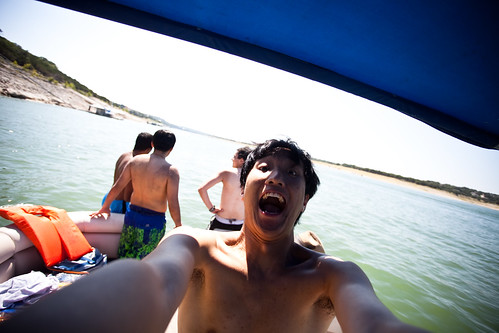 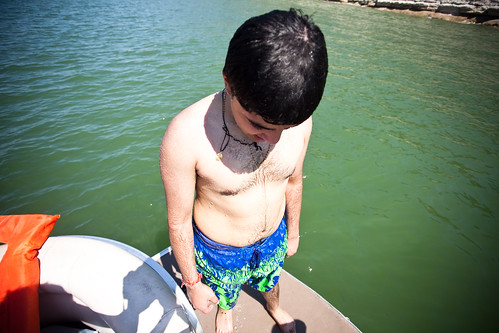