Just in case you’ve ever wanted to quilt… or do any number of different things… presents short information and instructions on it, in an entertaining way… yeah doesn’t make for a great post, but I like this site, so I thought I’d share. =)

i had this conversation with Grace, it’s like the Penny-Arcades, very funny i thought. 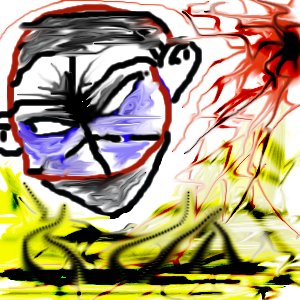 Oh, by the way, everyone…it’s me birthday….happy birthday to me!! I’m finally 18!

lol… (Not recommended for slow connections) 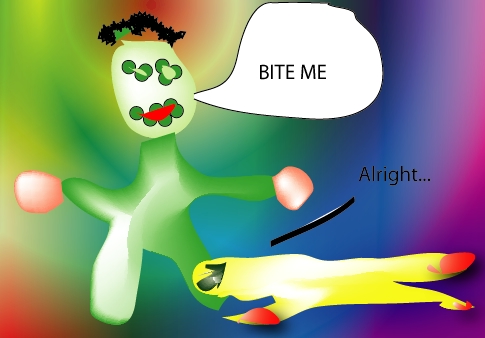 I was bored, so messing around in Illustrator… Just thought I’d annoy everyone and throw in on Oliverweb =) I would like to point out that this is a shameless plug =)

Here comes a shameless plug! But hey, this is OliverWEB and I’m Oliver… so I can do it. =)

That’s another updated version of the last image… mainly just worked on cartoon Oliver. =) You can click here to view it enlarged.

Hehe, ok, please no one take offense to this, I still think George Bush was the best candidate (that made the end ballot) for the presidency, but… this is really funny =)

And if you want more, go to the authors page. =)

Olivia and I have been working on a comic! Here’s a sample, this one, was done by Olivia (You can tell that, because theres talent in these drawings.) Btw, we still don’t have a title =) so… if you have any suggestions… hint hint