Why hello there, interwebs. Long time no see!

First off, I must say that I realized earlier this year that 2018 was the first year since 1999 that I didn’t make a single blog post. I’m honestly a bit sad by that, but it’s too late to fix that without cheating. I’m not really saying I’m above that, but I’ve resisted the temptation thus far. :) If a post in 2018 somehow magically appears, you can take this as ratting myself out that I cheated.

On to happier news, I just got back from a trip to Phoenix where we pigged out and played a lot of Magic! I didn’t take many photos, but I thought this one aptly captured the essence of our trip:

We went back to Binkley’s and Pizzeria Bianco and they were both still fabulous. We played a bunch of Magic team events and the last team trio we did, I had the most nuts mono-red deck I’ve ever played in a sealed event: 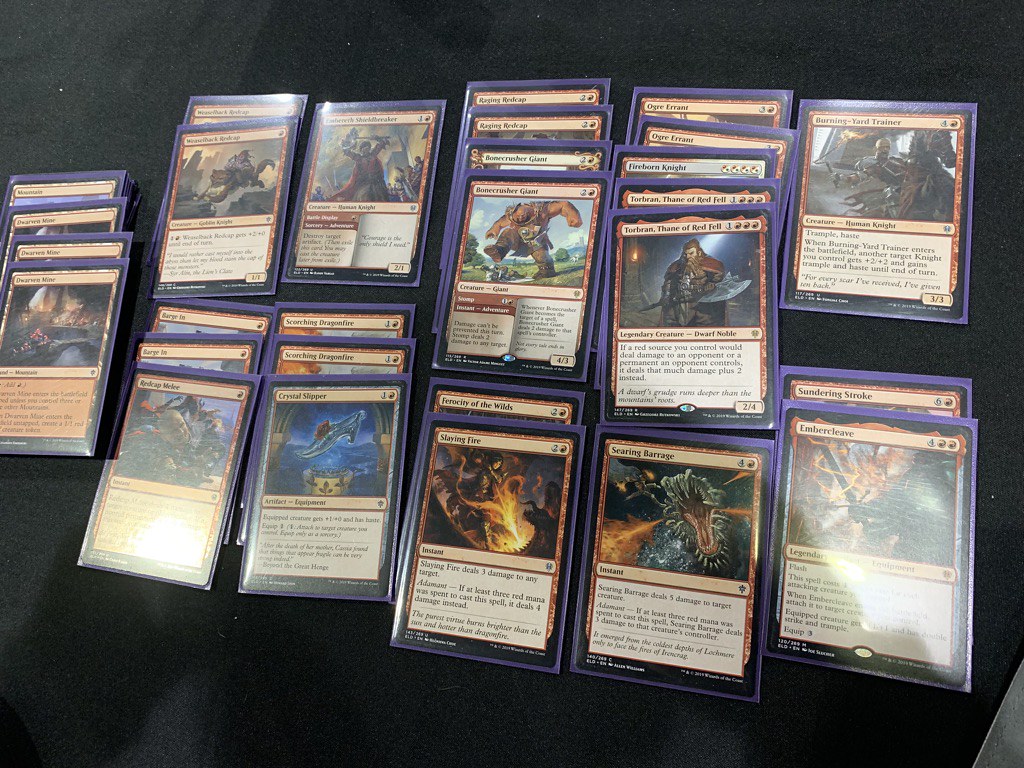 The rest of our pool wasn’t too shabby either - Mark had a pretty ridiculous UW artifact/enchantment deck as well. Unfortunately, we had to take an intentional draw in the last round to make our flight back, but think we had a really good chance to 3-0 that side event.

Thanks to Andrew, James, Josh, and Mark for the company and some fun times!

You may or may not see me back here soon, we’ll see how I feel… but at least I’ve got one entry in 2019 to kick this stuff back up. Here’s hoping 2020 will be so fantastic it’ll renew my blogging spirit. Toodles!

We finally hung the Magic posters I framed at the old house but never hung up completely. Wallah! 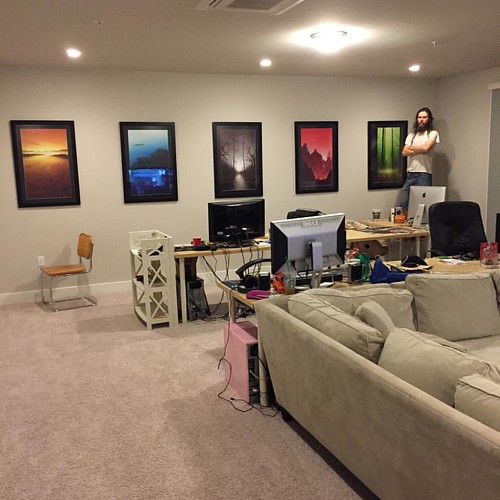 Well, now that I’ve been a front-end developer for the brunt of my career, I’ve finally shamed myself into replacing/updating my blog which had some embarassing code to say the least. Naturally, this new incarnation has almost no JavaScript (for now). :stuck_out_tongue_winking_eye:

Anyways, I’ve made the whole blog much more simple and switched from WordPress to just using GitHub Pages.

Maybe this means I’ll blog more again, but don’t count on it. :wink:

So I was talking about this with a friend and decided I’d dust off ol’ blog to potentially hit a broader audience.

Is there anyone out there that also sees the Disney logo and doesn’t immediately recognize the first letter as a D?

So when I see the Disney logo, I have to very consciously shift my focus to see the letter D. I have a hypothesis that maybe this is because I knew of and recognized the Disney logo before I knew how to read and the whole thing turned into a symbol for me during a time when I primarily identified the logo/word by the bottom left part of the D (the part that kind of loops, which is not a very typical D). Honestly, I don’t think it was until late elementary school or middle school that I even realized it was supposed to be a D and not just some made up symbol.

To better visualize what I’m talking about, this is kind of what I initially see: 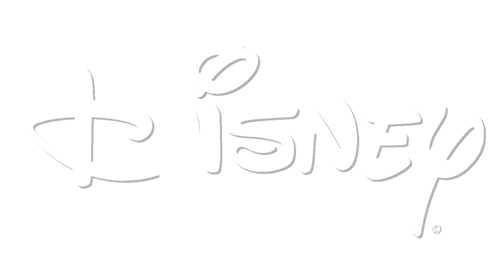 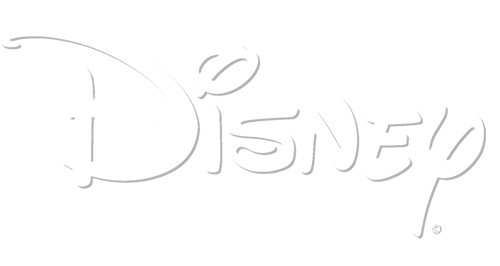 So… anyone else out there have this too? =)

I also have a story about my nerdy self in middle school to blog about, but I’ll save that for another time.

Thanks to Slex for sharing the meme generator. =) Hover over…

Well, I guess I’m at a once a month cadence of blog posts. My builder is supposedly still on track for a September 30th closing date. cross fingers I’ll be picking up boxes and starting to pack this weekend. Wooo!

Mass Rel has “MR Nights” every Tuesday where a bunch of us (mostly devs, but not limited to) hang out late and we invite outsiders to join us at the office (or somewhere else nearby). A week ago, I had a bunch of my old BV team over and it was good to work late with them again, even if it wasn’t on the same stuff. =) That team meshed together in a way that will be hard to replicate and I’m starting to appreciate the experience more as I reflect on it. We’ve since scattered into the winds, so it’s likely to be a unique experience, though I’m optimistic to have other positive unique experiences in the future. =) That’s also not to knock on my time at MR thus far at all. I’m having a pretty good time there too.

I swear, it’s not me that picked the music:

I really want to make a duckling.js but I have no idea what to make it do so the minified version can be called ugly.duckling.js. Someone help me with ideas.

On the MTG front, I’m really looking forward to Theros. It seems pretty fun so far from the spoilers. I’ve been avoiding going to drafts of M14 because it’s so boring after having RTR block. 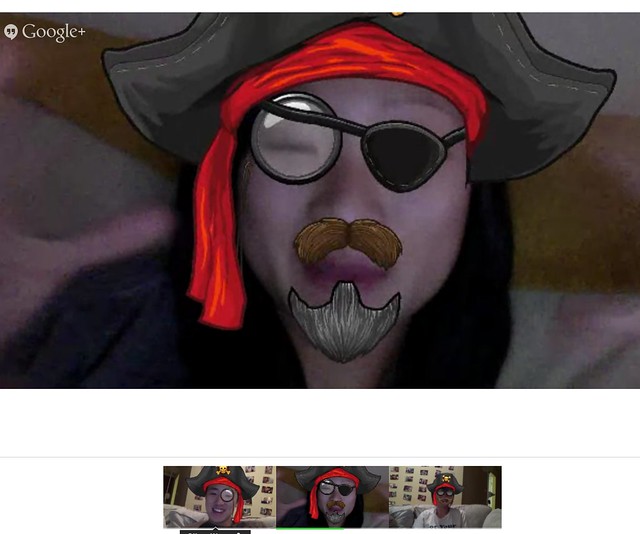 I was holding off on mentioning this because there was so much I wanted to talk about, but I’ll just go ahead and throw it out there and if there’s anything else for me to say, I’ll do it another time. =p After about 6.5 years at Bazaarvoice, I’m off to Mass Relevance starting July 1. BV’s been such a great experience filled with lots of opportunity for me that it’s bittersweet to say goodbye. The team I’ve been on for the past year-ish has been awesome and I’d be lucky to experience that type of passion, camaraderie, and teamwork in the future. I’ll miss you guys!

That said, it’s time I start a new adventure, so I’m headed to MR where I’ll have the benefit of working with a lot of ex-BVers who I think highly of. If they switch to first.last email addresses before I get there I’ll be very sad! ;)

I added more to my nerd XP by going to a Magic draft with Jonney on Wednesday. Despite drafting what I thought was the worst deck I’ve ever drafted, I got second place with it, so that’s good I guess. I’ve always thought that Magic was a game I could be really competitively good at if I wanted to invest the time into it and “go pro” despite how silly that sounds (hey, some of the prizes are no joke though). =) That said, I don’t know if I can handle playing it for days straight.

I don’t think I did one for last year, so here’s that one: 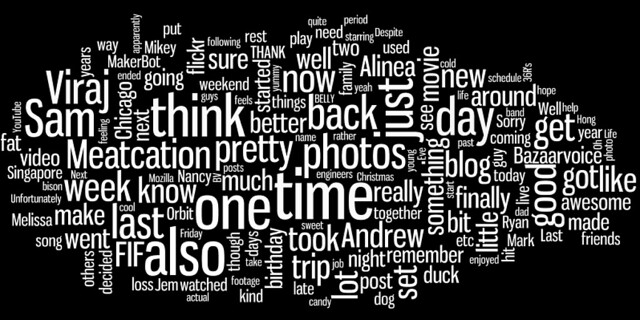 For reference, older ones.

Argh, I’m starting to fall behind on blogging again.

I’ve been pretty busy recently. The new team I’m on at BV has me pumped up. I’m having the most fun I’ve had in a while. Great team and exciting work. I spent most of this past weekend working on various coding projects (not necessarily BV related). It’s been a goal of mine to write more open-source code and this past week I managed to send some code to a project and I wrote my own simple JS validation library (still rather immature). I called it TooLegit, haha. ;) Looking forward to writing more.

Last weekend, I also participated in RHoK Austin, which was fun.

Chad and Nancy got a new golden puppy, which has yet to be named. Here’s a video of Mozilla playing with it: