Sometimes, I really enjoy watching really terrible movies. It’s even better if I can sucker friends to join me. I guess I’m kind of a masochistic troll like that. =p Last week, I saw both Red Dawn and Twilight: Breaking Dawn - Part 2. I went to see the first one, with Sam and he got the choice between the two, so he picked Red Dawn. It was pretty terrible.

Here is Viraj with his shame: 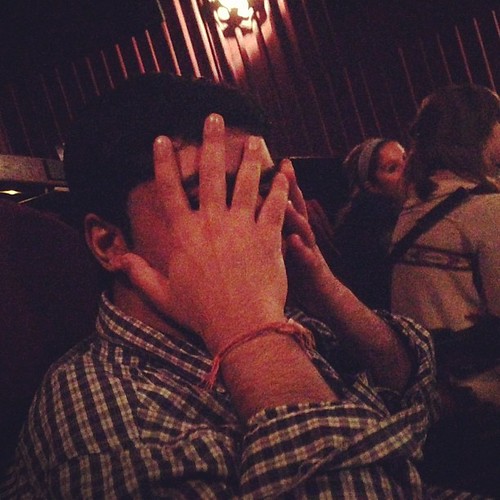 At the office, somehow I got added to the BV West office’s mailing list and I found out they were doing holiday decorations. That inspired my team (“code named” Firebird) to do our own in our little area. Here’s that: 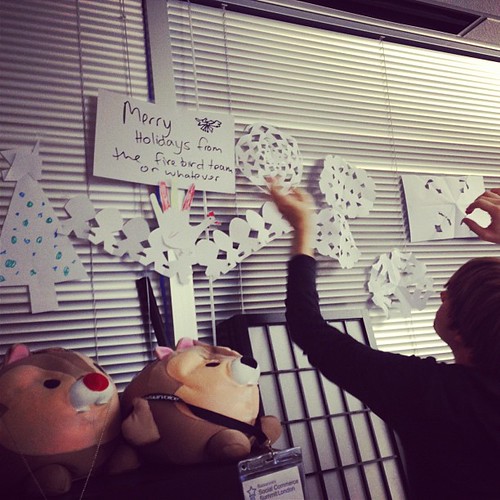